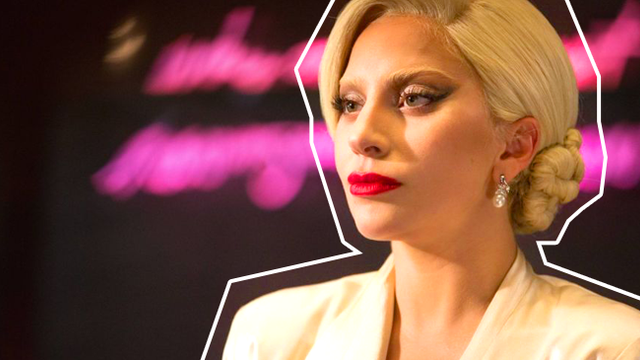 Hold onto your black hats... an announcement is coming!

STAND BY, AHS STANS! An announcement is coming... No, seriously. For real this time.

After being strategically left out of the AHS PaleyFest panel, then Ryan Murphy deleting his entire Twitter account and finally having the official announcement called off (and rightfully so) in the wake of the Orlando shooting, there seems to be a lil' stirring in the spoopy TV horror camp.

Uuuh, all the social media accounts have CHANGED THEIR PICTURESSSS!

The 6th season announcement is just around the corner... pic.twitter.com/z3kNVwl2is

Facebook, Twitter and Google+ have all switched out the old 'Hotel' branding (RIP, Hotel Cortez) to a black background with a cryptic blood red question mark six. Lol, the question mark is a cute touch - BUT WHAT DOES IT ALL MEAN?! Well, if you take a trip to the AHS Facebook page and cop a glimpse at their recently added photos, you'll find three of those red 6s in a row. Basically, the devil is coming and he ain't being subtle about it.

So, when's the announcement? They're already shooting the season and actors have already confirmed their involvement - the most recent being the dishy Will Drake (Cheyenne Jackson) from 'Hotel' and with the social media face lift, we can imagine an announcement VERY SOON.

If you haven't been keeping up with the speculation around Season 6, we've gathered everything you need know right here. And if you fancy having a debate with yourself about the possible themes of Season 6, look no further - we got you, boo!

Ok, so... can you stop teasing us now and just reveal the damn title?!