Hang On, Did "American Horror Story" Just Drop A New Teaser For Season 7? 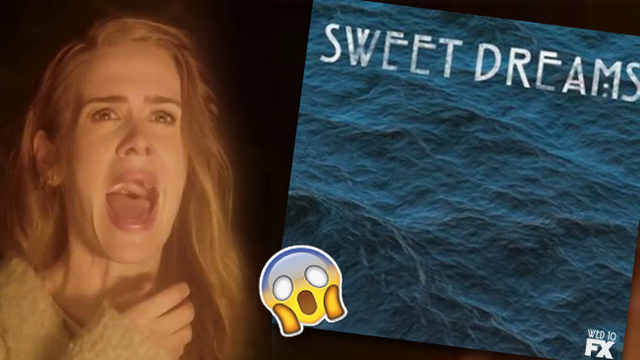 Oh no... not again. Please! No more teasers! It's barely been 48 hours since the Roanoke finale - which was low-key disappointing tbh - and Ryan Murphy is back at it again with his torturous games.

As soon as the doors to that god forsaken Roanoke nightmare house closed, the official Twitter account tweeted this:

WHAT *claps* IS *claps* THIS? IS THIS A TEASER FOR SEASON 7?

Let's just take a deep breath and assess the info before we start to freak out. So, in terms of season seven, we know that Ryan has been working with a writer for almost two years on a completely secret season of AHS that only he and the writer know about, we don't know what the theme is (obviously) but we do know that it COULD drop when we least expect it.

"I don't know when it will [air] but it’s also an experiment. It's a different way of doing it. We might get them done and shoot them on the sly and drop it."

We know for SURE that it's not going to be the Murder House/Coven crossover, that will be arriving in 2018 at the earliest. *literally holds breath until it's confirmed*

But to all the Lana Winters truthers out there, did you notice the date above the FX logo?

@emthephangirl @AHSFX if you look above the FX Logo, it could be a clue that a new season may be coming on WED the 10th, which is in May!

Remember when Ryan teased that there might be TWO seasons of American Horror Story dropping within mere months of each other? He told Entertainment Weekly back in 2015 that “Next year we might do a fall American Horror Story and a spring.” The fall season - Roanoke, which was noticeably three episodes shorter than the previous five - has already aired... and Spring is fast approaching.

The date above the FX logo on the teaser video says "Wednesday 10". The next - and only - corresponding date on the calendar is in May 2017, which happens to be SPRING (!!!).

Side Note: We know that the show airs on Wednesdays at 10pm but just indulge us for a minute here, ok? Don't make 2016 any worse than it is.

So what could the next season be about?

Funny you should ask that! Because our dream season of American Horror Story is LITERALLY what they just dropped in that "teaser". The official PopBuzz dream AHS theme - and popular fan theory - would involve a murder mystery that takes place on board a cruise ship. Gaga plays a glamorous cruise ship singer whose brutal murder sparks a Cluedo style investigation at sea. ICONIC.

What do you think? Is this AHS: Cruise finally coming or is it just a ~metaphor~ for us all now being adrift and lost at sea after Roanoke ended?