Apparently, THIS Is What Might Happen In “American Horror Story” And It’s Terrifying AF 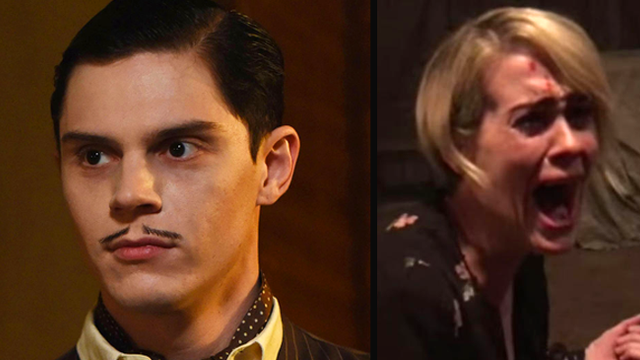 Ok, but this is SO convincing.

Ever since Ryan Murphy announced the theme of this year's upcoming American Horror Story season as "election", everyone has been freaking out about what that might entail.

Would it be a straight up retelling of the most traumatic presidential race of all time? Would it be an AHS version of The Purge? Would it be a weird hyperrealistic dystopian bubble world like Katy Perry's Chained To The Rhythm? There's many routes that this season could possibly go down but someone on Reddit just sleuthed a plot from all the teasers we've seen so far that sounds SO convincing, it'll make you wish it actually was true.

According to this theory posted on Reddit by danielsk1, the "election" themed season could focus on immigration, political violence and - brace yourself AHS truthers - a sadistic cult.

Read this theory posted by a fan on Reddit. #AHS7 pic.twitter.com/lnlqwPvqd9

Based on everything we've seen so far, the season could possibly centre around an illegal immigrant who was murdered not long after Trump's real life comments on immigration, Mexico and the wall. As the theory suggests, illegal immigrant "Pedro" has been killed and the Republican mayor of Brookfield Heights (Sarah Paulson) is getting the blame. A protest was filmed last week against Paulson's character.

Sarah Paulson is on the protest signs. #AHS7 pic.twitter.com/AitE4vDFLP

Sarah Paulson? A murderer? NEVER! The theory goes on to claim that Evan Peters will be the real villain, an extremist cult leader of sorts posing as a victim who has been rallying other teens and townspeople to harass the Republicans in the town. We mean, he's got that sort of '2017 well-dressed extremist' aesthetic about him this season, hasn't he?

It's suggested that the season will eventually reveal that it was actually him who killed Pedro in order to further cause political unrest in the town.

Evan Peters on the set of #AHS7 pic.twitter.com/HToMvbctf9

After seeing all the pictures that have been leaked from the set and the teasers that Ryan Murphy has been posting on Instagram, this theory makes TOTAL sense.

Now, I don't know about you but if all of this is true, this could have the potential to be the best season of American Horror Story so far. I guess we'll just have to sit back and wait to see what Murphy has got cookin'.