The Official Theme For "American Horror Story" Season 7 Has Been Revealed... 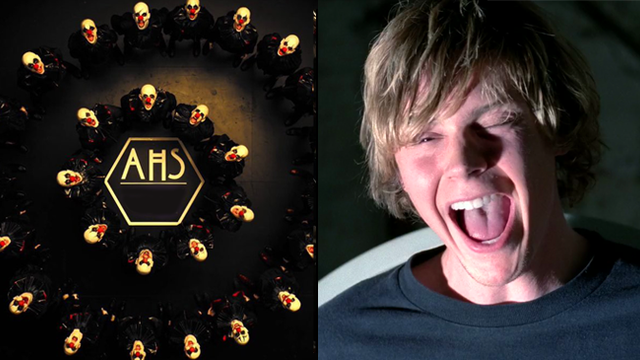 The first teaser trailer has dropped too - and it's terrifying!

Just when you thought we were actually going to be stuck with 'American Horror Story: Election' forever, the actual title for the seventh season of AHS just been revealed alongside the creepiest trailer we’ve ever seen and seriously, it sounds like it’s going to the BEST season yet. (Don’t tell Asylum we said that, ok?)

The official title for AHS 7 is… CULT and the first episode will air on Tuesday September 5th.

Sarah Paulson's character will be called Ally and Evan Peters character is called Kai. The season will consist of 11 episodes. AHS legends Frances Conroy and Mare Cunningham have also officially joined the cast.

By the looks of things, Cult, which has been a fan favourite theme for about 84 years, will focus on a sadistic group of clowns - inspired by Twisty, no doubt. And judging by the pictures we've already seen of the set, they're probably going to be terrorising everyone in the town.

The rest of the cast list for the season includes Sarah Paulson, Evan Peters, Billie Lourd, Billy Eichner, Leslie Grossman, Adina Porter, Cheyenne Jackson, Colton Haynes and... Lena Dunham of all people but we're sure more familiar faces will make a few appearances throughout the show.