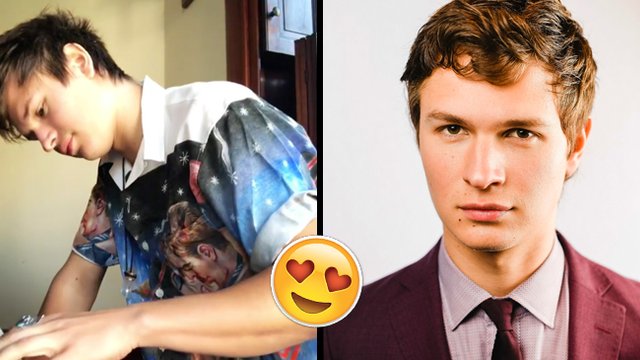 If you're eagerly awaiting Ansel Elgort's latest movie, Baby Driver, then we're afraid you've got a few more months before the August release date rolls around. But, while we wait, Ansel has decided to treat us to a cover of a La La Land classic on his Instagram. Swings and roundabouts, eh?

While many will know Ansel from his performance as Augustus "Gus" Waters in The Fault In The Stars, he's also a very talented singer and songwriter. After a few years of releasing music independently and on small labels, last year he signed with Universal and released the single 'Home', which has been streamed millions of times on Spotify. He followed that in February of this year with another new single, 'Thief'.

On his Instagram, Ansel decided to strip it back to just him and a piano to take on "City Of Stars" from the Oscar-winning musical behemoth that was La La Land and, y'know what? He did a pretty good job! Check out the video below.

Can we also take a moment to appreciate that fabulous shirt he's wearing? We're sure it probably costs mega bucks but we need it right now. Someone hook the good sis up, yeah?

If you want to see more of Ansel singing, make sure you check out the video for 'Thief' over here.