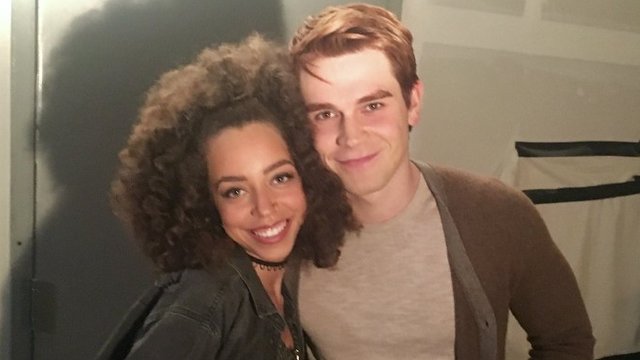 They're endgame. Fight me.

One of the best things about Riverdale is that you'll never want for ships.

The ships are rich and plentiful, which is exactly what you would expect from a CW murder drama. One of the most underrated ships, in my humble opinion, has to be Val and Archie.

They're a dynamic musical duo and look like two beautiful angels from heaven.

Varchie is very important to me, so when KJ Apa says he's got a deleted scene featuring my favourite and most underrated ship, well, I'm there, fam.

I need someone to hook me up to an IV drip of every time Val and Archie make intense eye contact. Can we do that? Can we somehow make that happen?

Yes, we all love Bughead; yes Beronica is endgame. But Archie and Val have so much potential.

If Archie leaves Val and gets with Cheryl. He's dead to me

archie legit had grundy, ronnie and val and like a week later he's jealous of jughead bc of betty COME ON CHILL YOU CANT HAVE EVERYONE

Look, ya'll. We started off the season with Archie and GRUNDY. We've come so far, I just want this boy to have nice things.