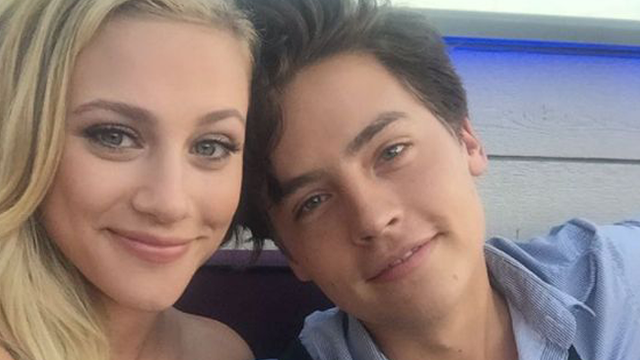 Freaking out for real.

There are a lot of Riverdale stans out there who are absolute ride or dies for Betty and Jughead’s sweet relationship whether it's on screen or in fact... off screen.

Yeah, we're talking about how Cole Sprouse and Lili Reinhart's off screen "relationship" has currently sparked a fandom freak out, thanks to these few pictures that emerged on Cole's Instagram account that featured Lili posing in a field of flowers.

That crow is clicking at us, can you hear it? The wind is so strong, the bird is practically hovering. They say time moves faster for corvids. Years and decades are seconds and minutes to the black bird. That's why they click, to see if they can match our clocks. It's true! Shame it should be hovering, it must be so confused. Motionless and untethered by time. Don't worry for the crow, in mere moments it'll all pass. In mere moments this will just be one of many clicks had while hovering.

Everyone is now freaking out and speculating that these cheeky snaps might be a new piece of evidence in their quest to find out if the pair are actually together in real life - and it turns out they've even got existing receipts on the matter.

If Lili and Cole don't date already I will scream. Or they could already be dating ..So now I'm screaming pic.twitter.com/ptye9Yrp5a

Lili and Cole are deffo dating. I've decided it.

if lili and cole aren't dating i honestly am so lost

cole's close friends are frequently posting pics of the two together including this day back in july where they watched the sunset pic.twitter.com/pkPFX5AdZm

#Bughead #Sprousehart
me waiting for Cole and Lili to admit they are dating and are completely in love: pic.twitter.com/lS1vUIBExg

in this fan photo lili and cole are literally hugging eachother and not the fan does this not speak enough words?? pic.twitter.com/pQ0velbNco

Hmmmm... We totally understand why everyone is freaking out but you all KNOW that Cole is a keen - and pretty amazing - photographer. Even though the photos of Lili on Cole's Instagram are romantic and dreamy AF, he's also been out on photography excursions with KJ Apa too so, it's clearly just good mates doing matey things, right? In fact, he's used almost every single one of his Riverdale cast mates as subjects of his photography so.......

PLUS, the cast of Riverdale is one of the closest casts in the business right now. So maybe we should all chill for a sec?

Only time will tell friends... in the mean time, let's all admire fictional Bughead in all their glory.