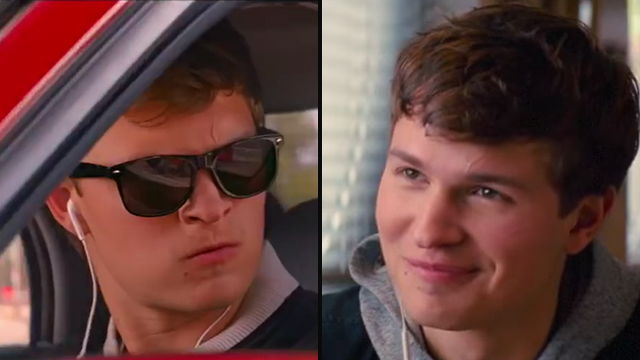 And suddenly I'm obsessed with cars.

Put your god damn seat belts on kids, we're speeding to the cinema.

The trailer for Edgar Wright's new movie Baby Driver dropped at SXSW a few days ago and the entire internet is freaking out about it. Baby Driver - which is sadly NOT a biopic about Emo Kylo Ren Adam Driver - is like Ryan Gosling's Drive mixed with Grand Theft Auto and it looks absolutely incredible.

The film stars John Green's very own teen movie prince Ansel Elgort as Baby, a music obsessed teen who doubles as a getaway driver for a group of robbers. Lily James, Kevin Spacey, Jon Hamm, Jamie Foxx and Eiza Gonzalez also star and, according to Wikipedia, so does Meryl Streep - which might actually be fake news but we're still shook about it anyway.

The film is also being directed by Edgar Wright, the genius behind Scott Pilgrim vs The World and the Shaun Of The Dead/Hot Fuzz/The World's End trifecta of movies.

Baby Driver is released on August 11 (US) and August 16 (UK) so add it to your diaries and we'll race you there.

Here is the poster AND trailer for my new movie 'Baby Driver'. Can't wait for you to see: https://t.co/BdhIZnqioj pic.twitter.com/M7u6SSy7yV