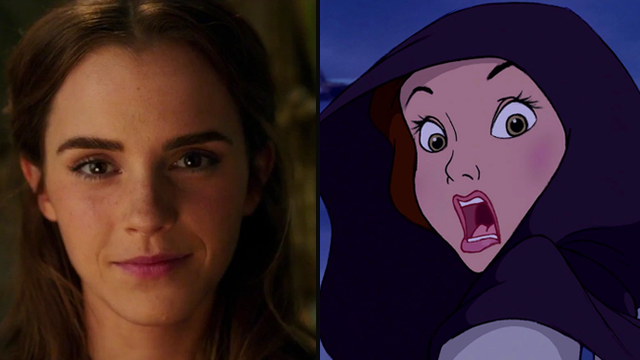 Why doesn't Chip ever age, tho?

So, you know that one GLARING plot hole in Beauty and The Beast? No, not the fact that a teenage girl falls in love with a buffalo. We're talking about how the Beast and all his servants manage to remain the same age from the day the curse is cast to the day it is broken. Yeah, that one. Let's talk about it.

For some reason, the fact that Chip NEVER aged during the years long curse didn't really register to us as kids. It was only when we sat down and watched it as an adult did we actually realise something was up. Thankfully, someone just posted a theory on Reddit that actually makes sense of the whole thing and we've never been so grateful.

In the 2017 version of the Disney classic, it is stated that the Enchantress cursed the occupants of the castle and erased the villagers' memories. The theory suggests that in cursing the castle and the village, she placed some sort of time loop or anti-aging curse on everyone involved effectively keeping them from remembering anything outside of a few days or weeks. She herself also still lives in the village disguised as a spinster. Why? Because she's keeping check on her curse, of course.

But why doesn't it affect Belle and her father? Because they moved to the village AFTER the curse was cast. They're considered odd amongst the villagers and the theory suggests that's simply because they are the only ones able to change and age as time goes by. (Another commenter pointed out that Gaston and LeFou are exempt from the curse too, as they have just returned home from war.)

So if the village was stuck on some sort of time loop, that would provide a deeper explanation as to why everyone does the exact same thing on a daily basis and can't seem to ever remember anything - like the baker. When the curse is broken, everyone reverts to their original selves the day was cursed.

And THAT is why Chip remains a young boy even after all those years transfigured into a cracked little china cup. Voila.