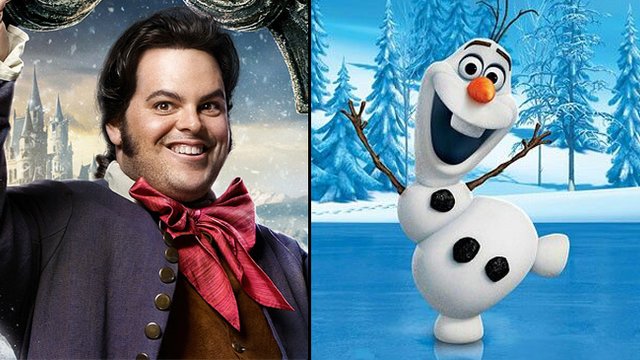 Josh Gad's presence in the live action remake now seems even more appropriate thanks to this weird connection spotted by a fan...

Disney's long awaited live action remake of Beauty & The Beast was FINALLY released this past weekend (March 17th) and it has not only been a big hit with fans but it made a HUGE amount of money too.

And now some eagle-eyed Disney fan has spotted a very cool link between the movie, its animated original and the modern classic Frozen thanks to the presence of Mr Josh Gad.

Josh, of course, plays LeFou in the movie and voiced the loveable snowman Olaf in Frozen but have you never noticed how those two characters are eerily connected?

Because in this scene from the animated version, LeFou gets covered in snow and accidentally foreshadows Josh Gad's whole career: 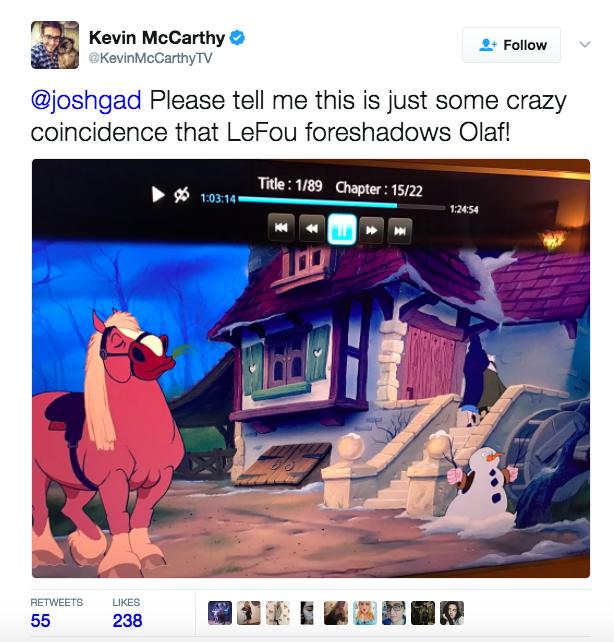 Josh noticed the tweet and was equally impressed/freaked out by the coincidence: 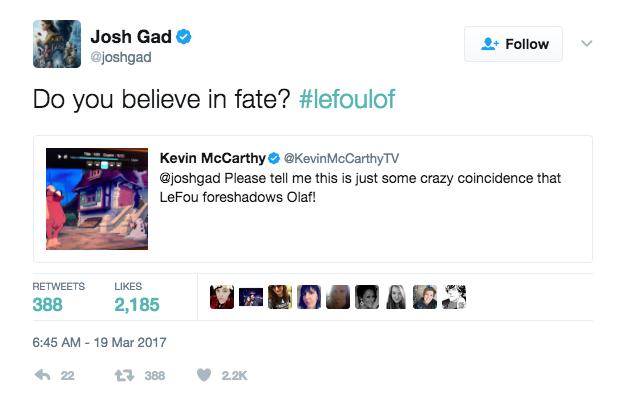 In fact, maybe this isn't a coincidence at all? Maybe we can start a brand new fan conspiracy theory right now where LeFou freezes to death in the snow, only to have his spirt brought back to life by Elsa years later on a Royal visit to France. Or, even better, is Elsa actually the witch that curses the Beast in the first place?

Beauty & The Beast is in cinemas everywhere now but you already know that.