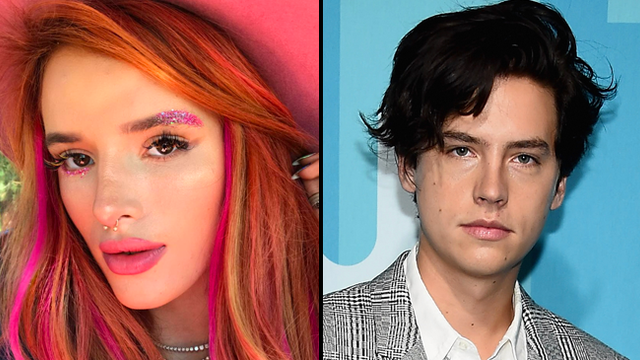 Sliding into people's DMs is a dangerous game. It takes courage, it takes nerve and quite frankly, it should be considered an extreme sport because lives are literally hanging in the balance every time someone hits send. Things go wrong more often than they go right and Twitter found that out a few days ago when Bella Thorne tried to slide into Cole Sprouse's DMs on Instagram.

Cole uploaded this suave set of pictures to Instagram. Aren't they nice? Imagine having nine versions of Cole Sprouse living on this earth at the same time. What a time to be alive. Bella Thorne thought so too...

After spotting Cole's new photoshoot, Bella decided to show her appreciation for the snaps and slid into Cole's Instagram DMs to write one word: "Wow!" But, for reasons unknown, ended up sending it to a Cole Sprouse fan account (@colesprouseupdates) instead of the real Cole (@colesprouse).

Bella thorne sent me a message (probably by accident) and then deleted it straight away lmao pic.twitter.com/0gkf3cHAkT

Apparently, she deleted the message straight after she hit send and then sent another (undisclosed) DM to the fan account. Awwwwwkward.

In case you're wondering if Cole and Bella know each other, the answer is yes. Their paths only JUST crossed during their time on the Disney Channel so it's not as if they're ol' BFFs from the same era but they did appear in a series of commercials together, so this whole situation isn't actually as creepy and random as it sounds. But it's still hilarious. And besides, she does have a habit of leaving thirsty comments under people's pictures... just like the rest of us.

On that note, we guess the moral of the story is: always check for the blue tick before you slide into the DMs of anyone famous because the fake account *will* screenshot you, and they *will* post it on Twitter for everyone else to cringe at.