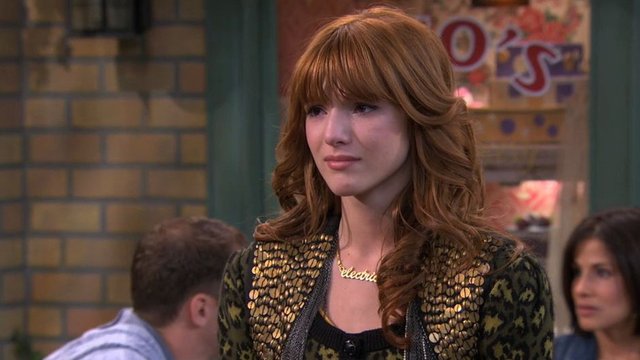 "Maybe you shouldn't have started ur career on Disney channel???"

Bella Thorne may have gotten her start on Disney's Shake It Up, but she doesn't hesitate to let fans know that she's not a little kid anymore. Her recent work has been geared toward more adult audiences, and one look at her Instagram will let you know that she's not about the Disney life anymore.

So, when someone tweeted that Bella should have never taken a job at Disney because of how controversial she is now, Bella had to shut that down real quick.

The argument is a flawed one, as none of us really plan out our entire future personas at age 13. To her second point, Jake Paul's career didn't actually begin on the Disney Channel. It began on the internet.

Bella's response reinforced a point that she has made in the past.

You're right when I was about to live on the streets with no money and a whole family I shoulda turned down the offer #besmarter https://t.co/EZ9ckRMEjT

Bella has spoken out about the financial position her family was in when she first landed Shake It Up. Her father passed away in 2007 and she has said in interviews that her family came very close to living "physically on the street if I didn't have that role". The original tweet must have hit a nerve for Bella because of how stressful it was to be 13-years-old and providing for her entire family. She had a skill at a young age and used it to get her family out of a tough position.

No matter what you think of her image now, there's no getting around the fact that it's a tremendous amount of responsibility at such a young age.