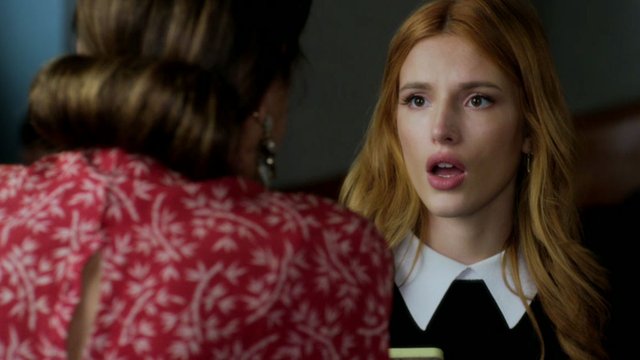 If there is one thing to know about Bella Thorne, it's that she can be quite outspoken. If you follow her on social media, you'll know that there are very few things she won't address head on.

That's why, when we heard that Bella requested a small re-write on her show Famous In Love because it wasn't very feminist, we totally agreed with her reasoning.

As you may know, Bella plays Paige Townsen on Freeform's Famous In Love. Her character achieves fame virtually overnight and must navigate the choppy waters of love and friendship in Hollywood.

Paige tries to be a good friend throughout the show, but Bella told Complex that there was one scene she asked that the writers change completely.

Bella asked to change a scene where Paige finds out her bestie Cassie is working as a topless maid and Paige passes some stank judgement about the whole situation.

"Originally that scene was written a very different way. She was just really judgmental about the topless maid [situation]," she told Complex. "Originally I felt so bad for the Cassie character, because I was like, my character is being such a c--- right now. That’s literally what I said. I was like, 'I don’t want to do the scene, I don’t want to say these lines. This doesn’t sound feminist at all.'”

Kudos to Bella for refusing to say a line that degraded or embarrassed another woman (even if she is fictional). Society takes a lot of its cues from popular culture, so Bella taking a stand against anti-feminist rhetoric sets the perfect example for other young women.

Writers on the show took Bella's criticism on board and she got to give Cassie a more measured and fair response to her situation. Famous In Love is a youth facing programme so feedback like Bella's is absolutely critical for the show's success.