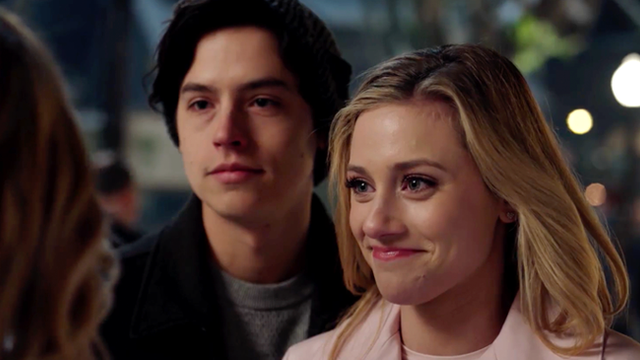 Jughead and the Coopers living under one roof?! Oh my god.

It looks like Betty and Jughead's storyline in Riverdale season one was meant to be COMPLETELY different thanks this deleted scene from season one and no one can handle it.

The scene, which would've aired in the last episode directly after everyone leaves Riverdale's 75th Annual Jubilee celebration, shows Mama Cooper congratulating Betty on her speech and then - get this - offering to let Jughead live in the Cooper house with them so that he doesn't have to leave school half way through the year. What a plot twist!

Fans are now absolutely FUMING that the cute scene was cut from the episode, especially now everyone knows it could have prevented Jughead from being pulled out of Riverdale and thrown into foster care on the Southside.

THEY SHOULD HAVE SHOWED THE BUGHEAD DELETED SCENE IT WOULD HAVE MADE EVEYRTHING SO MUCH BETTER pic.twitter.com/WEljES7sk7

BUT RIVERDALE WE WANT THE DELETED SCENE AND SEASON TWO

So why did it get cut? Well, according to a few fans on Reddit (and the cast themselves) they shot a bunch of potential endings for the show just incase it didn't get picked up for a second season. After it got renewed and a full season of 22 episodes was ordered, it seemed like a more complex and angsty Jughead storyline would make better TV.

And to be honest, they're not wrong. Where's the fun everyone playing happy families, eh? Also, why are The Coopers being so nice to Jughead, son of the Southside? Has Alice suddenly developed a sense of responsibility for her fellow sort-of-non-Serpent crew member? What's going on here?