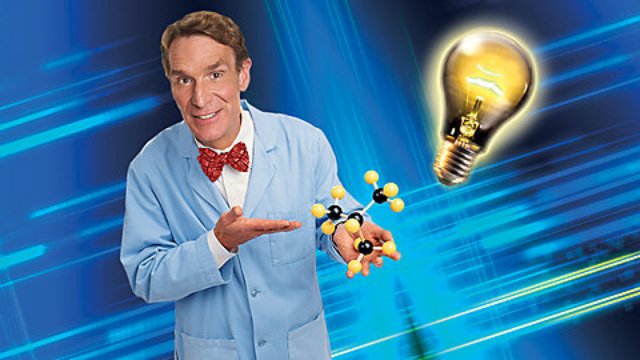 The TV star is claiming unpaid royalties in a new suit filed earlier this week.

Bill Nye, the science-obsessed, bow-tie wearing TV star who educated millions of school kids through his super fun show, is going up against Disney over claims of unpaid royalties and the asking figure is HUGE.

Bill Nye The Science Guy ran from 1993 to 1998 winning 19 Emmys in the process and now Bill has filed a lawsuit aginst Disney claiming that the company has withheld profits of around $28 million over a period of five years. Nye also claims that accounts have been falsified and that while he was previously infomed of an "accounting error", he believes any mistakes have been deliberate.

Disney have swiftly denied the claims, stating that this is just a publicity stunt for Bill's new Netflix series. Either way, the case looks set to play out in court shortly.

Will this mean that our dreams of a BNTSG reboot starring Brendon Urie may never come to fruition?