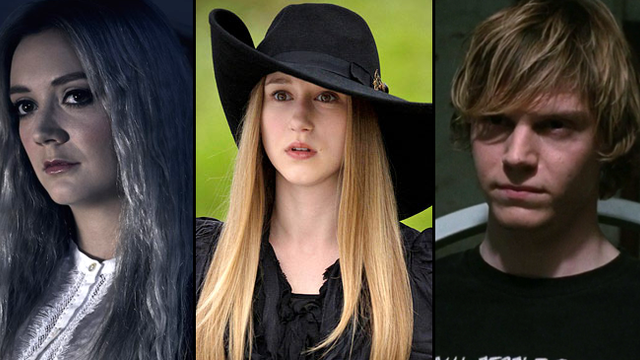 No but seriously, this would have changed EVERYTHING.

It has come to our attention that one of American Horror Story's very own fan favourite actors almost ended up as the main character in Star Wars and honestly, it would have changed absolutely everything!

Can you imagine? Evan Peters instead of Adam Driver as Kylo Ren? Taissa Farmiga as the badass Rey instead of Daisy Ridley? Sarah Paulson as ...the voice of BB-8? While we would DIE to see all three of those legends in Star Wars, they're not who we're talking about. It turns out that it was Billie Lourd who almost snagged the important role!

Billie, who has already become one of our all time favourite actors on AHS thanks to her twisted portrayal of Winter Anderson in Cult, was ~personally~ called in by JJ Abrams to read for Rey in The Force Awakens.

According to Billie, who sat down for a chat on The Ellen Show, before Daisy Ridley was eventually cast in the role, JJ and the casting directors couldn't find anyone they liked to take on the important role of Rey so they called her - the actual real life daughter of Carrie Fisher aka Leia Organa.

“J.J. Abrams called me to come in for Star Wars because he couldn’t find someone for the lead. He ended up finding Daisy Ridley, who’s an incredible actress — so talented! But I went in and he ended up giving me this tiny role with a couple lines.”

Bare in mind that Billie wasn't even acting at the time, this is a HUGE deal! Imagine your first audition being for Rey from Star Wars. Christ! Obviously, she didn't land the role (duh!) but she was later cast as Lieutenant Connix, who will be making a much bigger appearance in The Last Jedi.

Billie's reveal also may have spilled a little tea on the truth behind Rey's parental lineage. Think about it - why would JJ personally request Carrie Fisher's actual daughter (who has no acting experience) to audition for the biggest role in one of the biggest franchises? Maybe because Rey is related to Leia? Mother? Aunt? WE'RE JUST SAYING...

Rey or no Rey, we're glad Billie stuck around with this acting gig because Winter Anderson is about to go down in AHS history as one of the best characters to come out of Ryan Murphy's twisted universe.