The Night King Is A Character You Already Know, According To This INSANE "Game Of Thrones" Theory 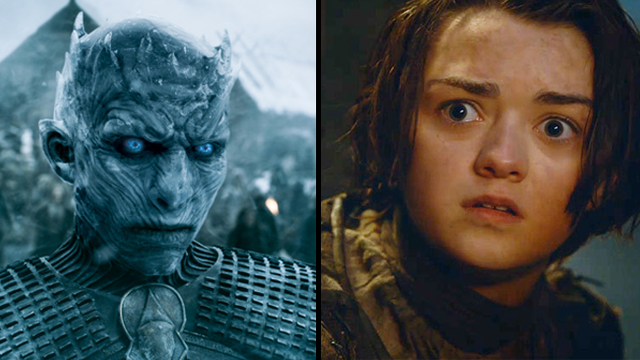 With the seventh season of Game Of Thrones done and dusted, fans have been frantically trying to alter and adjust their end-game fan theories to keep up with the fast pace of the past seven episodes. There's new theories about Dragons, potential ways in which Arya could complete her list and of course, conspiracies about the White Walkers.

And now, there's a big ol' theory floating around the internet about the original identity of the Night King and how it could be someone we already know VERY well.

Obviously, this post contains spoilers for anyone who is like, 2 seasons behind... so, proceed at your own risk.

The theory, posted on Reddit by turm0il26, suggests that Bran Stark, who is now the three-eyed Raven, travelled back in time and became the Night King after attempting to stop the Children of the Forest from creating the first White Walker.

There's three stages to the theory. Bran travels back in time twice to try and stop the White Walkers; once to when the Mad King Targaryen was hearing all those whispers (they could have been Bran) and then back even further to ensure that the wall is built (by Bran The Builder, no less).

On his third trip back in time, he goes back to the scene where the Children of the Forest create the first White Walker. He wargs into the man in the hopes that that they will remember him from the future and back down from making him a White Walker but they stab him instead, thus turning him into the Night King.

When he tries to travel back to the present day, he finds that he can't because he's spent too long in the past and is now stuck there, as the freakin' Night King.

The connection between the two would certainly explain how the Night King knew the exact place where Bran would be in order to mark him. And, in case you needed anymore convincing, in the scene where Bran goes back to the creation of the Night King, you can see him experiencing the same pain as when the children push the Dragonglass into the man's heart.

There's also the small detail that Bran and the Night King are wearing almost the EXACT SAME OUTFIT.

And when the White Walkers marched across the wall, they did so in the formation of a wolf... which just so happens to be the Stark family sigil. And you know who's a Stark... B-R-A-N. 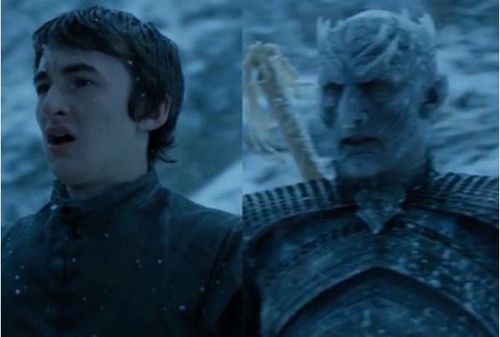