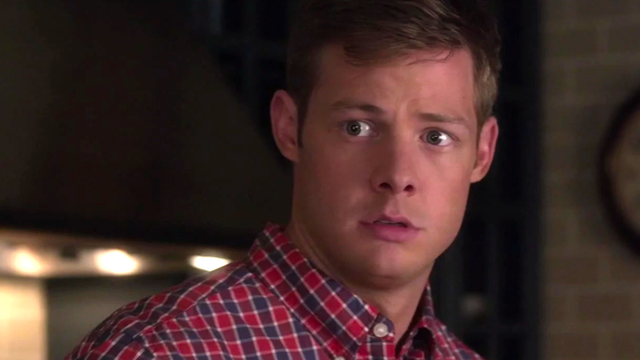 One of the 'A' suspects is heading to jail FOR REAL.

One of the actors from Pretty Little Liars is going to jail FOR REAL and there's no outrageous plot twist that's gonna help them get out either.

You remember Andrew Campbell? Part of the Decathlon team at Rosewood High? One of Aria's love interests? One-time 'A' suspect who got thrown in jail for abducting the girls? Well, the actor who played him, Brandon Jones, has just been charged and sentenced with jail time IRL.

Back in 2015, Brandon was accused of pointing a gun at his neighbour during an argument. In 2016, he allegedly drew a knife and pointed a gun at another neighbour during a different argument. He plead no contest to the charges for the second incident and was later ordered to spend 180 days in prison.

It sounds like his plea helped secure him a lesser sentence as TMZ revealed that he could have been sentenced to almost FIVE YEARS behind bars. Instead, Brandon was also sentenced to 3 years probation, 30 days of community service and 26 anger management classes in the plea deal.