The 'Suicide Squad' Team Just Made Netflix's Most Expensive Movie Ever 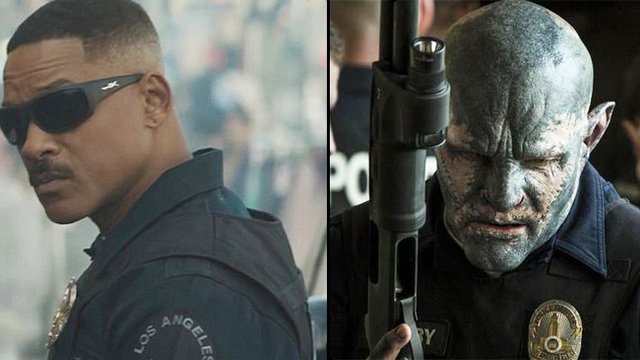 Will Smith stars in the futuristic cop movie that may be the most pricey thing the streaming service has ever produced.

Netflix have just unveiled the first trailer for their next movie project Bright and we are properly excited already.

Starring small unknown indie film star Will Smith and directed by Suicide Squadhelmer David Ayres, the movie is set in an alternate present day fantasy world in which "Ward, a human (Will Smith), and Jakoby, an orc (Joel Edgerton), embark on a routine night patrol that will alter the future of their world as they know it. Battling both their own personal differences as well as an onslaught of enemies, they must work together to protect a young female elf and a thought-to-be-forgotten relic, which in the wrong hands could destroy everything".

And, safe to say, the trailer, which debuted at San Diego Comic Con yesterday (July 20th), does more than enough to justify the reportedly $90-100m budget.

Netflix are yet to reveal an exact release date but, according to the trailer, the film will drop at some point in December.

Meanwhile, David Ayer will not be returning for Suicide Squad 2, in which Smith will once again star, with Mel Gibson currently rumoured to be in discussions to take over directing duties.