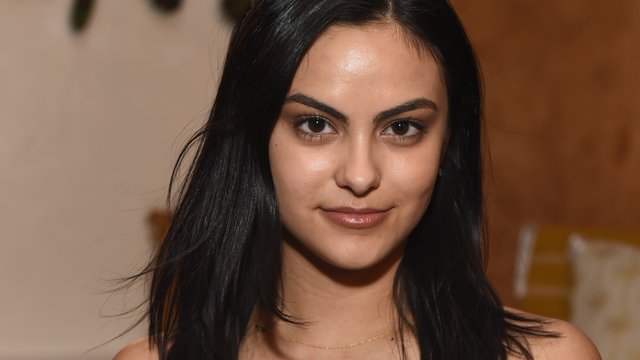 The 'Riverdale' star may be new to Hollywood but she is already going through this.

Aside from being one of this year's breakout hits, the CW's Riverdale can also boast an amazing cast of young fresh faces. Camila Mendes, aka Veronica Lodge, is relatively new to Hollywood but isn't new to some of the complexities of casting and race.

In an interview with People Chica, Camila got real about being told she wasn't "latina enough" to play certain roles.

"I’m pretty new to Hollywood, but I’m already starting to see the issues in how some projects are cast. I often hear things like, “You don’t look Latina enough, ” and that mentality is so backwards. The fact is: I am Latina, so how are you going to tell me that I don’t look Latina?"

Camila is full Brazilian and speaks Portuguese with her family. It should also be noted that there isn't one specific way that Latina people are supposed to look, so it's clear Hollywood's casting mentality is in need of a serious upgrade.

Camila also revealed that she's glad her role on Riverdale gave audiences a chance to see a different story "being told for Latin families".

"It’s just so refreshing to see a different story being told for Latin families. The Lodge family is a much-needed departure from the underprivileged, sleazy Latino drug-dealers we’re used to seeing in entertainment. It’s rare that you see Latin families being portrayed as intelligent, sophisticated, and powerful entities."

It's important that the Lodge family is afforded some nuance in their onscreen portrayal and hopefully, Camila gets more roles that reflect her cultural identity.