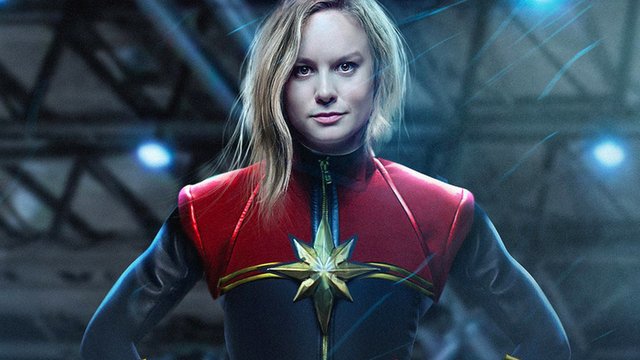 Marvel has big news. Like, massive news. The hugely popular film studio known best for franchises like Iron Man and The Avengers, have announced that Captain Marvel's titular character will be played by star of Room, Brie Larson.

Brie Larson did a phenomenal job in the role that won her an Academy Award this past year, and her casting as Captain Marvel is nothing less than a triumph. Brie is set to play Carol Danvers, an Air Force pilot who comes into contact with alien DNA and receives supernatural abilities.

Marvel has always had a complicated relationship with women, particularly its leads. The fact that there hasn't been a standalone Black Widow film (starring literally the highest earning actress ever...) is a point of contention for Marvel universe fans.

Then there is the fact that the newest addition to the Marvel world is Riri Williams, a kickass black teenage superhero being written by an all white team of adult writers. Womp womp.

In the Marvel Universe, Captain Marvel takes on many iterations. Some are men (like Genis-Vell) and some are women, like Carol Danvers. Marvel has taken great care to sign post this particular release very carefully. Firstly, the announcement was made at Comic Con--the home of the male comic book nerd.

Not to read too much into the announcement but, after the week from hell that Ghostbusters actress, Leslie Jones has endured, making sure a woman is seen and acknowledged in a traditionally male space seems deliberate.

Then there is the fact that the film was initially slated to coincide with International Women's Day (March 8, 2018). The release date has been moved now, likely because that was just too..on the nose.

Let's admit it to ourselves, Marvel tends to fall down when it comes to women. Even when women are seemingly given strong, interesting supporting roles, their characters are rarely ever developed beyond sidekick or exposition machine (see: Pepper Potts, Jane Foster, Mary Jane Watson). They often play advisers and love interests to Marvel's biggest male heroes, yet are almost always whip smart and extremely capable.

Despite this, Marvel seems to be making strides. They've promised that a standalone Black Widow film is in the works and a black teenage superhero is simply astonishing, even in 2016. Marvel are trying and Brie Larson as Captain Marvel is huge. Let's just hope this character is as interesting and as nuanced as some of her male counterparts.