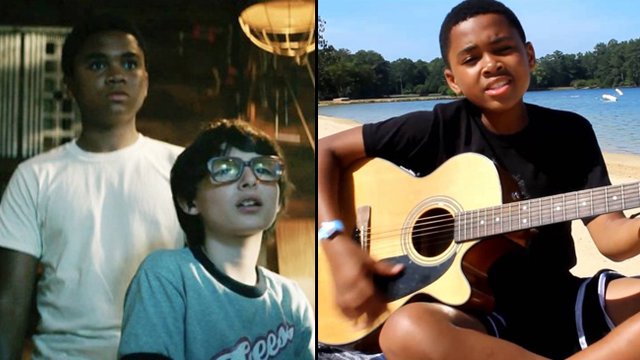 Turns out Chosen Jacobs is a super talented musician and has been uploading covers onto YouTube for years.

You already know that the child cast of It are unbeliveably talented thanks to their emotional, hilarious and action-packed performances as The Losers' Club.

But it turns out Chosen Jacobs, who plays Mike, had a hidden talent not seen in the final movie - this boy can sing!

Yes, the 16 year old who had previously appeared in the likes of Hawaii Five-O, has a major love of music, telling BET earlier this year about his fave genres:

"I play guitar and piano. If I had to say genre-wise, it would be a mix between R&B and hip-hop. In the sense of lyrically, it would be more R&B-ish. But beat-wise, you get a lot more of that 808 feel of hip-hop."

And now we have evidence of just how great he is, thanks to the song 'Losers', inspired by the movie, which features on the official Losers' Club Spotify playlist.

No word yet on whether a full album will appear anytime soon but with vocals this good, we certainly hope so.

Check out 'Losers' below: