Cole Sprouse and K.J. Apa Took A Trip Together And Their Insta Stories Were Lit 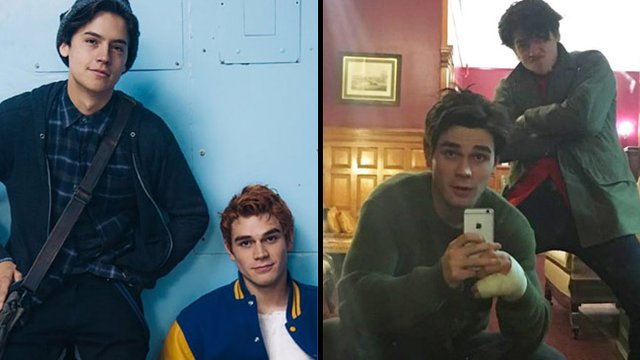 Cole and KJ are taking their bromance to the next level.

Just like the rest of the world, we've become a little obsessed with the budding bromance between Riverdale actors and all-round mega baes Cole Sprouse and K.J. Apa. And, quite frankly, who can blame us after selfies like this?

While we're still reeling from all the drama going down this week in Riverdale, and the continuing thirst epidemic caused by K.J's abs, the fake ginger Apa and junior sleuth Sprouse took their bromance to the next level with a trip to San Francisco.

Here they are enjoying a trip to the beach while Cole spins his arms around for no apparent reason.

Literally everyone when they see a cute a dog.

We have no idea what Cole is saying in this video but we assume it must be the name of whoever killed Jason Blossom.

Well that was fun. Invite us along next time, yeah guys? We have some really interesting fan theories we need to discuss asap.