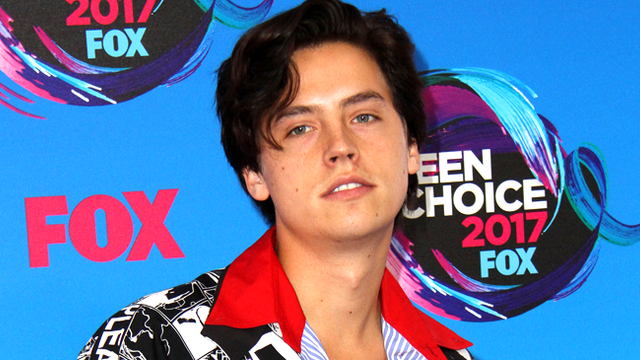 Miss Piggy has SO much to answer for.

Last week, the plot twist to end all plot twists occurred on Twitter when Miss Piggy publicly asked Riverdale's Lili Reinhart for Cole Sprouse's phone number. Days passed by and no romantic Instagram posts were made, nor were the two spotted together in public but now it seems like the potential romance is cancelled.

Cole took to Twitter to jump on the #WhyImStillSingleIn4Words hashtag to express his disappointment in the tragic breakdown of communication between him and his newly betrothed, Miss Piggy.

Fans started losing their absolute sh*t over the fact that Cole "publicly proclaimed" that he was single and immediately responded by posting comments about rumoured bae Lili Reinhart, but honestly guys, that's not the tea we should be focusing on.

why you’re NOT single in 3 words: Lili Pauline Reinhart pic.twitter.com/NQva9sLTYn

single? is that some kinda of confirmation that u arent dating lili

The REAL tea is that the one romance that we had so recently hoped would have blossomed into the most powerful celebrity union of all time, may now officially be over before it even had the chance to begin.

Soon after Cole called Her Majesty out on Twitter, Miss Piggy replied with an equally salty clap back. She may act like she talks a big game but she does not walk the walk, it would seem.

Messages of disappointment and disbelief from shippers soon flooded their respective @ replies urging Cole to make his move and not leave a lady hanging.

@lilireinhart pull through and give her his number

YOU CAN CALL HER! Just make it happen. pic.twitter.com/pLzlhnNQmX

you guys are my otp

Public feuding on Twitter... Is that the end of the brief yet iconic romance between Cole and Miss Piggy? Did Lili Reinhart's existence prove too much of a problem for Serpent boi and our favourite porcine Queen? That's a secret I'll never tell.