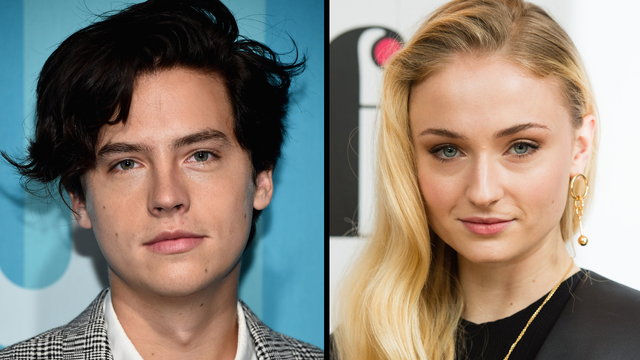 Cole shot the 'Game of Thrones' star and it was STUNNING.

It's no secret that Cole Sprouse is a talented photographer. The actor is currently slaying the role of Jughead Jones on the CW's Riverdale, but he's also nabbing photography gigs left and right.

Cole's latest photography moment involves someone that you probably know quite well. Game of Thrones star Sophie Turner shot with Cole Sprouse for W Magazine and the looks are out of this world.

There's no doubt in our minds that the pair have been fans of one another's work in the past and present, a fact which makes this shoot all the more interesting.

Cole posted a couple of highlights from the shoot and we cannot get over how stunning Sophie looks.

Belinda dressed to the s for @wmag . Go and check some of the other shots on the story, link in bio. I'll be posting more throughout the week. Keep an out. Styling: @ryann_foulke MUA: @lauradomini2 Hair: @earlsimms2

Cole shot Sophie along the River Thames and managed to conjure up major Victorian England meets Sofia Coppola vibes. Sophie is all blonde waves and natural glam for the photoshoot, but still manages to serve up the old Hollywood realness that we've come to expect from her.

Cole's skills come as no surprise to us. A couple months back, the actor revealed to Teen Vogue that he was very interested in photography as a creative outlet. Something tells us that Cole has a lot in store when it comes to flexing his photography muscles. Don't sleep on him.

You can check out the entire shoot at wmagazine.com.