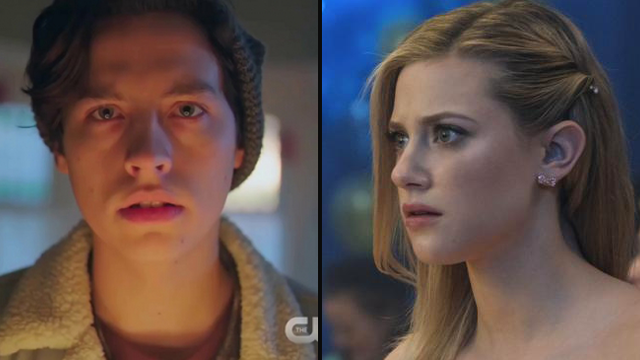 Whatever you do, do NOT ask the Riverdale cast this question...

There's a lot of questions we'd like to ask the cast of Riverdale. Number one, why are you all so pretty? Number two, why are you all so talented? Number three, who the F*CK killed Jason? Number four, can we please touch KJ's abs? (Ok, maybe not that last one but... one never knows.)

But there's ONE question that we now know NOT to ask them.

The question in question? "Are you more of a Betty or a Veronica?" Yep, it was that simple. In an interview with Elle, Cole Sprouse elaborated on the reason why most of his cast mates dodge the dreaded question when it pops up in interviews.

"I don't like that. I think it's hard and it also puts the cast members against one another in a strange and competitive way that makes me a little uncomfortable. So most of our cast don't even answer it."

We kind of get where he's coming from though, no one ~really~ wants to pit two complex female characters against each other on such a surface level. Also, they're both as badass as one another... what if we wanna be a combination of both? HUH? Damn Cole, u right, that IS a difficult question to answer.

That being said, we do actually have our own just-for-fun quiz that'll reveal if you're more of a Betty, Veronica or a Cheryl so... sorry about it.