Cole Sprouse’s One Reason For Joining “Riverdale” Is So Great 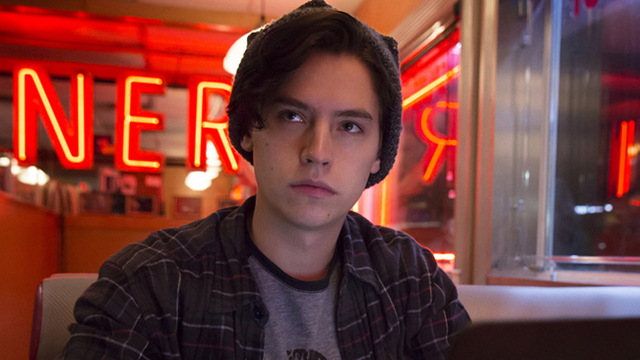 SPOILER ALERT: It wasn't the paycheck.

If you haven't already tuned in to Riverdale, the reimagining of the Archie comic book series, here's what you need to know: It's like if Gossip Girl had a baby with Pretty Little Liars, and then gave it away to Twin Peaks to raise into an untrustworthy teenager. It's full of sassy characters, mysterious brooding guys and enough cliffhangers to send you into an early grave. That description alone makes it worth a watch, tbh.

But that's not all. Riverdale is also the ONE TV show that managed to get Cole Sprouse back onto the small screen. Cole hasn't acted since 2011, instead opting to head to college, get a degree and concentrate on art and photography. So what was so special about Riverdale that made Cole drop his camera?

Well, in an interview with L'Uomo Vogue he revealed exactly what made him jump at the chance of joining the cast. But first, here are some nice pictures from the shoot.

I'm in this Feb. issue of L'uomo Vogue! Honored to be featured in my birth country. With @Rushka_Bergman @claudiobelizari & Matthew Brookes pic.twitter.com/OI1URMWTRB

In the interview, Cole reveals the one reason that made him sign on the dotted line and actually, it's a pretty freakin' great one. It's so he could have a hand in helping push the representation of people who are rarely represented in mainstream teen TV dramas.

In one of the newer Archie comics, Jughead (the character played by Sprouse) is revealed to be asexual but the creator of the show has already said that Jughead will not be asexual in this new TV series. Speaking to Teen Vogue, he says that he is fighting for Jughead's sexual identity to become more of a highlight in future episodes.

“I hope that huge corporations like The CW recognise that this kind of representation is rare and severely important to people who resonate with it. That demands representation.”

He goes onto say that the first season's narrative, isn't going to have space for that storyline but later adds, "I think there’s really potential and room for that narrative in the future. I would love, love, love that representation to be more at the forefront.”