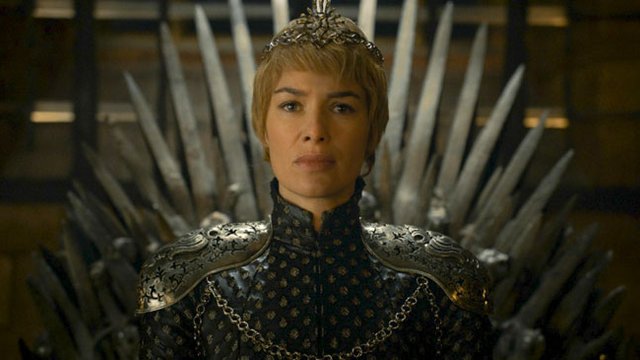 "Can you imagine how much harmful imagery they're gonna produce?"

Yesterday it was announced that once “Game of Thrones” concludes its final series, showrunners David Benioff and D.B. Weiss will begin work on their next project for HBO — an alternate history series called “Confederate.”

HBO described Confederate as chronicling, "the events leading to the Third American Civil War. The series takes place in an alternate timeline, where the southern states have successfully seceded from the Union, giving rise to a nation in which slavery remains legal and has evolved into a modern institution. The story follows a broad swath of characters on both sides of the Mason-Dixon Demilitarized Zone  —  freedom fighters, slave hunters, politicians, abolitionists, journalists, the executives of a slave-holding conglomerate and the families of people in their thrall.”

The show's basic premise - that slavery remains legal - has not gone down well with a lot of people. There are a few different reasons for this. Some people feel that Confederate is just another show where black characters are relegated to the role of slaves while white characters enact a White Saviour fantasy. Others have expressed concern about the possibility of excessive violent scenes against black bodies on the show, especially given GoT's reputation for using violent imagery, most notably Sansa's poorly written rape scene in series 5.

And that's not even going into the similarities between real life American today and this fictional, legal-slavery America. As The Daily Beast noted, Klan membership and hate crimes in America are on the rise and the prison industrial complex is seen by many as the government’s substitute for slavery.

The fandom for the new #HBO show #Confederate is gonna be Tragic. Can you imagine how much harmful imagery they're gonna produce? pic.twitter.com/P9xbxfQQtv

Like even if Confederate is critical of current day racism, do we need another series about the suffering of POC, written by white men?

I for one can't imagine an Alternate History where there are monuments to Confederate leaders all over America.

remind me to stay off the internet the day when Ed Sheeran cameos as a slave trader in CONFEDERATE.

How can you do a show like #Confederate, in this day and age, with such wave of racial tensions and with the KKK still in existence? How?

Confederate will at least involve two black writers who will also serve as the show's executive producers (Nichelle Tramble Spellman and Malcolm Spellman), so you'd hope this won't descend into the shit show that many are predicting. Nevertheless, this probably isn't the start to the project that HBO would have wanted.