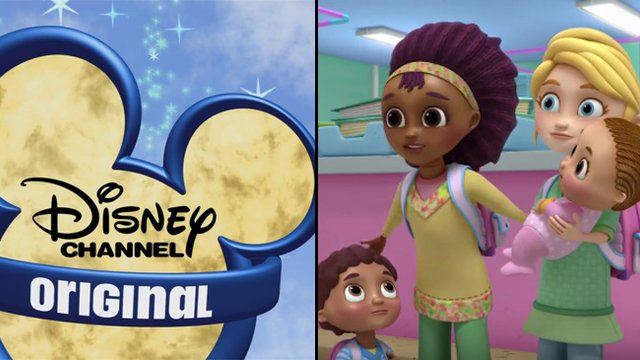 Wanda Sykes and Portia De Rossi voiced the parents in a recent episode of 'Doc McStuffins', praised by LGBTQ advocates.

The Daily Dot reports that the characters, voiced by lesbian actors Wanda Sykes and Portia De Rossi, appear as a set of parents in the episode entitled 'The Emergency Plan' where they taught viewers about how to prepare for an earthquake. The episode has been praised for not only its inclusion of the characters but its refusal to make their sexuality the focus, this "lack of fanfare" being far more reflective of the real world.

The show's executive producer Chris Nee, who also wrote this episode, spoke to GLAAD about how he used his own experiences growing up to inform the story:

"I always envision Doc McStuffins as a show about what it means to accept everyone as part of our communities. As part of a two-mom family, I'm proud to have an episode that reflects my son's world, and shows everyone that love is love in McStuffinsville".

LGBTQ characters have been more regularly featured across childrens' programming in recent years, Disney Channel leading the way with a same sex couple on Good Luck Charlie and a gay kiss on Star vs. The Forces Of Evil, while Cartoon Network also hinted at a same sex relationship in Adventure Time, although this was censored in certain countries.

Star vs. The Forces Of Evil, Disney

GLAAD themselves have praised the makers of Doc McStuffins, President and CEO Sarah Kate Ellis releasing a statement earlier this week:

"Children like mine deserve the chance to see their families reflected on TV, and this episode does just that in a beautiful and positive way. Shows like this reflect our real world, and today that includes the many children being raised by gay and lesbian parents who are all going to celebrate this story."