A Trans Artist Reimagined Your Fave Disney Characters As Transgender 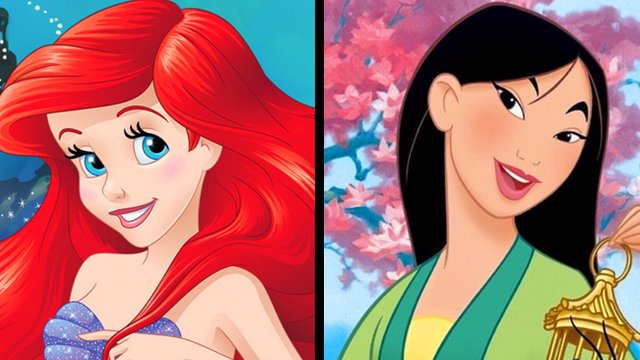 It's all in the name of inclusivity.

Ever wondered what your favourite Disney characters would look like if they were trans? Perhaps not. But now you can thanks to the work of an artist on Instagram.

In an interview with the HuffPost, the artist, who identifies as transgender but asked to remain anonymous, decided to start the project to make iconic movies in the Disney universe more inclusive. So far, they've drawn reimagined portraits of Ariel from The Little Mermaid, Peter Pan, Aladdin and many many more.

Some members of the trans community have criticised the drawings, claiming that they reinforce binary stereotypes. Others have said that the edits imply that makeup, haircut, and clothing just are gender-specific. Why not take a look and judge for yourself? You can head over to their Instagram to see all the portraits or check out a few of our favourites below.

Ariel from The Little Mermaid is serving lqqks.

The face you make when they ask "Why can't you just stay a woman?" You don't get to choose which body you come in, but you can decide which body you will live on. The one allowing you to be yourself every day of your life.

Pinocchio is, in fact, a real trans toy.

You're only a liar if you don't open about your sexuality, and the gender you think will make you, YOU.

We are 100% down for a trans adaption of Alice in Wonderland tbh.

There's not right and wrong age to make your transition. It's the skin you'll live in for the rest of your life.

There's no need to go to Neverland. Stay here, and become who you are.

Mulan is by far our favourite. WERK IT HENNY.

Did you hear about that tweet suggesting that Mulan was transgender? Many people got on fire and said that portraying her as such is offensive. Well… I thought I should do something about it So here’s my non-binary version of Mulan. Because our identity is a radical element that goes beyond gender stereotypes and roles. It’s all up to me. It's all up to you. Also, with this post I’m starting a new style where Trans Disney characters wear modern clothes and accessories, in an attempt to more accurately portray our community. What are your thoughts about it?

Which Disney characters would you like to see as trans?

[UPDATE: This article has been edited to better reflect a broader perspective on the drawings]