Disney Just Revealed How 'Frozen' Was Supposed To End & It's Wild 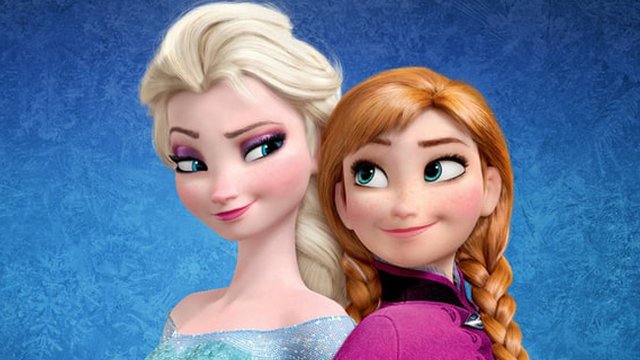 Wait...Anna and Elsa weren't even sisters?!?

Disney fans across the world have been left truly shook as producers have revealed their original plans for the ending of the animated classic Frozen.

Entertainment Weekly spoke to Disney producer Peter Del Vecho who let it slip that, for a long time, Elsa was not set to be the loveable hero of the story, but an evil snow queen!

Taking its lead from the original 'Snow Queen' story by Hans Christian Andersen, Elsa was set to be the villain of the piece, bitter after being jilted at the alter and terrorising all of Arendelle.

But wait, it gets even worse - Anna and Elsa weren't supposed to be sisters!!!

Everything we know is a lie.

Peter explains "So when we started off, Anna and Elsa were not sisters. They weren’t even royal. So Anna was not a princess. Elsa was a self-proclaimed Snow Queen, but she was a villain and pure evil — much more like the Hans Christian Andersen tale. We started out with an evil female villain and an innocent female heroine and the ending involved a big epic battle with snow monsters that Elsa had created as her army…"

However, Prince Hans was still set to be revealed as the real badguy of the movie, starting an avalanche to kill Elsa's army, even though it would also likely kill Anna. Thankfully, Anna convinces Elsa to save the town, unfreezing her heart and they all live happily ever after.

So why change it all over?

"The problem was that we felt like we had seen it before. It wasn’t satisfying. We had no emotional connection to Elsa — we didn’t care about her because she had spent the whole movie being the villain. We weren’t drawn in. The characters weren’t relatable."