Disney Are Removing Marvel & Star Wars From Netflix Too & Here's When 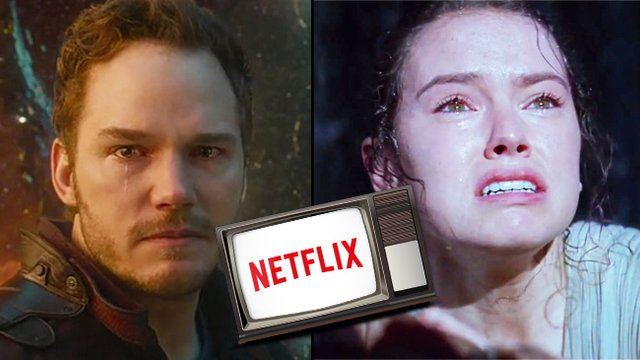 The movie studio has officially confirmed that their superhero and space sagas will be moving over to their upcoming streaming service.

Pack up your lightsabers and grab every infinity stone you can 'cos all your Marvel and Star Wars faves will soon be moving off Netflix for good.

As we previously reported, Disney are starting up their own rival Netflix-style streaming service featuring all of their TV and movie titles and, after weeks of speculation, Variety can now confirm that this will include all Star Wars and Marvel-related content too. The companies had apparently been negotiating about keeping the titles on Netflix but clearly the talks proved unsuccessful.

Disney CEO Bob Iger revealed the news in a Q&A session earlier this week and also confirmed that the service will arrive in late 2019 and plans to "produce four or five original movies per year, as well as an equal number of original series and TV movies".

It's all pretty exciting but, as we still don't know how much this all gonna cost, we will wait and see how much of an impact this will take on our wallets before we get properly hyped.

However, as one eagle-eyed Twitter user pointed out, those outside the US may be ok for now, or at least until Disney announces an international version of their service:

News that Disney's pulling Marvel and Star Wars from Netflix for their streaming service, apparently US only according to Netflix on FB pic.twitter.com/YslyFCBMpT

What do you guys think? Will you miss Disney on Netflix? Let us know over on Facebook.