Uh Oh! Disney Are Being Sued For "Stealing" The Characters In 'Zootopia' 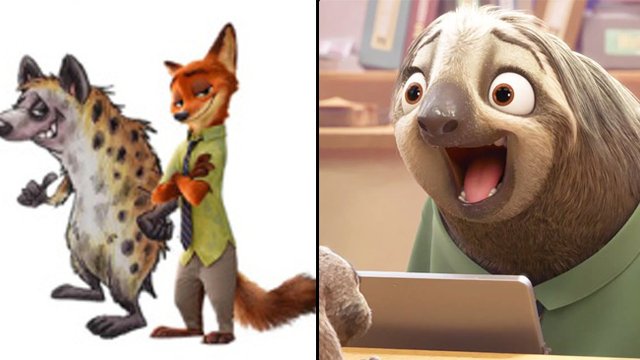 A Hollywood screenwriter claims to have created all your fave characters over 15 years ago!

Disney have been hit with a lawsuit after a Hollywood screenwriter claimed that the movie company stole his idea and turned it into the animated film Zootopia.

Deadline reports that Gary L Goldman, screenwriter of Total Recall among others, claims that Disney are in breach of copyright after allegedly stealing the title, characters and plot of his own Zootopia movie developed through his own company and pitched to Disney in 2000 and 2009.

The lawsuit also includes some images showing the similarities between Goldman's concept art and the final Disney characters:

The movie grossed over $1bn (!) worldwide so its no surprise that Goldman has decided to present his case after that much success.

Disney, however, are having none of it:

"Mr. Goldman’s lawsuit is riddled with patently false allegations. It is an unprincipled attempt to lay claim to a successful film he didn’t create, and we will vigorously defend against it in court."

Looks like this is going to be a heated one.

Luckily, we've found the perfect cop to handle the case!