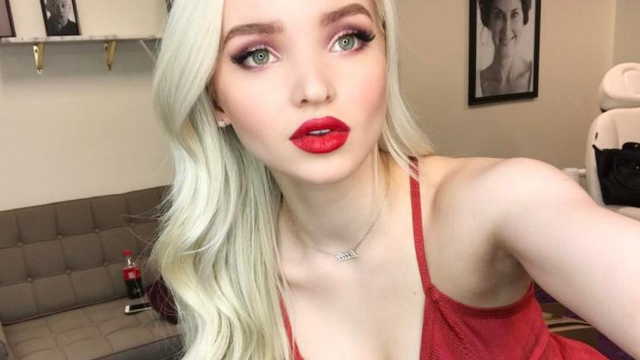 Something witchy this way comes.

The whiff of big things to come in Riverdale season 2 has kept us speculating on what aspects of the Archie comics universe the show's writers will bring to the CW drama.

The prevailing zombie fan theory has kept us all on our toes and may signal the inclusion of Sabrina Spellman aka Sabrina the Teenage Witch.

Now, this ain't your big sister's Sabrina Spellman. Most of us who grew up in the 90s will remember the live action comedy series that ran for seven seasons. The live action series also spawned an animated series called Sabrina the Animated Series.

But, as we've seen with this current iteration of Archie, a Sabrina brought to life on Riverdale would likely be darker and edgier than her previous iterations.

So, are there any indications about who might play our favourite teen witch?

People think that Dove Cameron should join the cast as Sabrina Spellman and she's basically into the whole idea.

She responded to some fan casting for Sabrina with a cryptic "hmmm". Everyone knows that "hmmm" doesn't mean yes, but it doesn't mean no either.

Of course, this is all some light speculation that could result in a completely different young woman being cast in the role buuuut, we live in hope.

But she's got fan support so never say never.

If Dove Cameron actually does play Sabrina the Teenage Witch then I'll sit my ass down and watch Riverdale.

@CW_Riverdale @DoveCameron DOVE CAMERON AS SABRINA THE WITCH! SHE'S PERFECT FOR THE ROLE!

What do you guys think? Would you like to see Dove Cameron in the role of Sabrina Spellman on Riverdale?