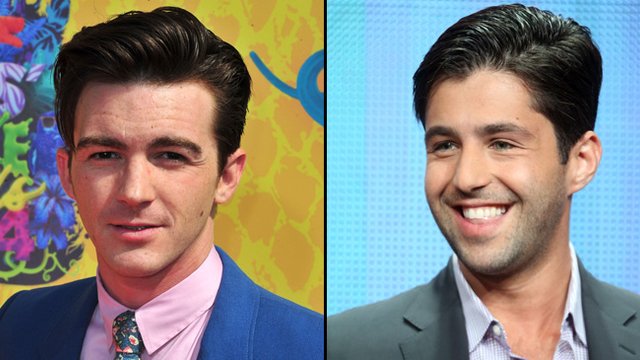 The Nickelodeon star also says he was surprised by how much the story took off on social media.

Drake was seemingly hurt that he had not been invited to his on-screen brother's recent wedding, especially given that many of their fellow castmates were in attendance at the Malibu ceremony, tweeting the (since deleted) message "When you’re not invited to the wedding the message is clear…. Loyalty is key… ALWAYS remember where you came from."

But now, speaking to People magazine, Drake reveals that there are "no hard feelings" and that he was just quite surprised by the whole situation:

"I was caught off guard. I hadn’t heard of anything about it. He’s been my best friend for 18 years. In all honesty, we talk all the time, we’ve been talking. I was just expecting…I didn’t think it would be that big of a deal. I did not realize that it was going to have such a viral affect."

Drake was also sure to come to the defence of Josh after fans of the show went after him on social media:

"That’s my bro you know? It's kind of one of those things were you’re fighting with him on the playground, but if someone else says something, you’re like — ‘Hey, I can say that but you can’t!"

Drake even hints that he would be willing to do a reunion of the classic kids sitcom although no official discussions have taken place.