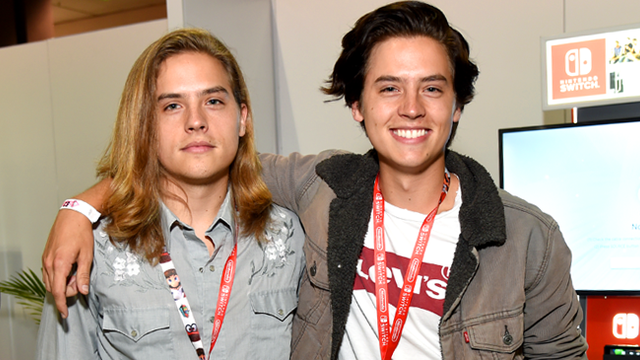 It's no secret that Dylan and Cole Sprouse love to drag and roast each other on Twitter. When they're not trolling everyone on Instagram, they're out trolling each other in the tweets.

A few days ago (July 7) after a relatively quiet roasting period between the two, Dylan - who has clearly had enough of the internet's 'Cole Sprouse Fan Club' - tweeted this truth bomb to end all truth bombs.

IN THEIR MINDS: @colesprouse is a very talented artist, not only can he act but he really captures human beauty in his imagery.
IN MY MIND: pic.twitter.com/phsJyl5aWJ

But it didn't end there, lads. Cole then replied to the tweet with his own 'In MY mind' response and well... we *have* always seen him as the Ellen of Riverdale tbh.

Not quite content with Cole's response, the internet decided to side with Dylan and started hurling embarrassing throwbacks at Cole, including this iconic gem. #NeverForget

I will never be able to see past Tyreesha to be quite honest.

Is this Jellybean Jones?

Forever in my meme-ories.

They grow up so fast.

But if we're REALLY honest, ~this~ is what all we see.

In my mind lmao pic.twitter.com/C3IKsbiB0Q