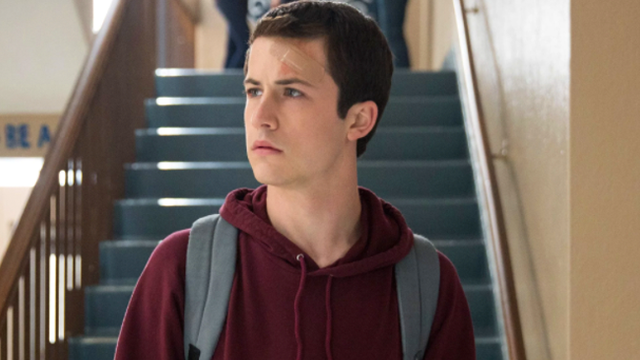 So THIS is why he was taking so long to listen to Hannah's tapes...

Just when you thought you couldn't be more obsessed with 13 Reasons Why and Dylan Minnette, we've got some very exciting news for you. As we all know by now, Dylan is very talented actor (he's been in enough of your favourite shows, so you should know tbh) but we've suddenly discovered that he's got another string to his bow... he has some SERIOUS musical skills.

BRACE YOURSELF - Dylan is in a band and they've just released their first single.

Us. More to come :) pic.twitter.com/5pCIvOzskw

Yeah, we know - screaming! The band is called Wallows and the first single is titled 'Pleaser'.

Joined by bandmates Braeden Lemasters, Cole Presston, and Zack Mendenhall, Dylan lends himself to lead vocals on the track and also plays the guitar. Even though this is their first official single as Wallows, the band has been active for a while - previously going by the name of The Narwhals. And their sound is preeeeetty different to what they've just released as Wallows.

'Pleaser' is available to download FOR FREE on the band's website, or you can buy it on iTunes like the well behaved child your mother brought you up to be. *clicks play*