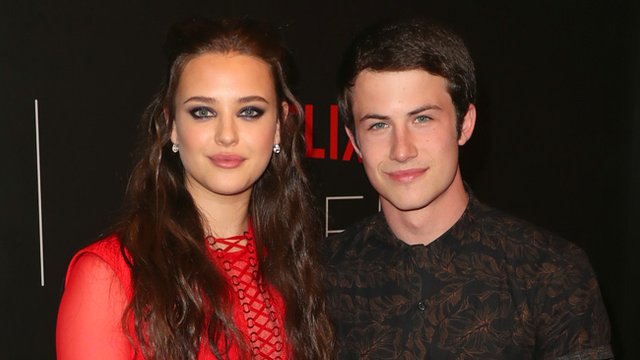 Social media is a mixed blessing. On the positive side, it can connect you with almost anyone and open up opportunities which weren't possible before. The downside is that it's become so encompassing that, for many of us, it no longer feels freeing. In fact, it actually makes us hella anxious.

We can only imagine how amplified that must be if you're suddenly thrust into the spotlight after appearing in the year's most talked about TV show. After 13 Reasons Why aired on Netflix earlier this year, Dylan Minnette's social media following exploded: he now has 5 million followers across Instagram and Twitter.

But if you follow Dylan on either platform, you'll probably have noticed that he rarely posts on there. Why? Well, in a joint interview with Katherine Langford for Variety, Dylan reveals that his public profile and huge following gives him anxiety, so he tries to avoid posting as much as possible.

"I get real anxiety when it comes to social media. I never want to do or say the wrong thing," he says. "For the most part, I try not to touch social media, but I hope I can do good when I do. I don’t know how to handle that type of pressure."

Katherine also opened up about how her new found celebrity has affected how she uses social media. Before the show, Katherine kept her Instagram private but has since decided to make it public to be able to talk to her fans.

"I wanted to be there for fans who wanted to reach out or connect after the show," Langford explained. "I also think there’s a point where if you’re looking to [social media] for affirmation, that’s where it can be overwhelming because you’re relying on other people’s opinions to feel good about yourself."

"I like to have moments and periods of life that are expressive and where you can be creative, and I think that’s harder when you have more people that are more aware of you and watching you because if they don’t understand the context and they see a picture of you doing something crazy, then it can get taken the wrong way," she says. "I don’t think it's ever something that feels normal, especially as a 21-year-old."

Dylan and Katherine are 100% right. Social media can be great but it's all about moderation. Take technology breaks when you can, acknowledge that not everything you see on Instagram is as perfect or real as it might seem and don’t neglect your offline relationships, all these things can help. Head over to Mind if you want more info.