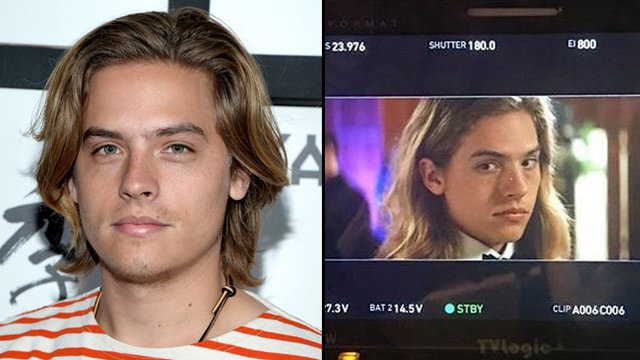 The Sprouse sibling is living his most suite life as he takes on a brand new acting role in an upcoming movie.

You've tried Cole, now get ready for the rise of Dylan.

Yes, after years of screen absence, Dylan Sprouse is finally returning to the world of acting, set to appear in the indie Carte Blanche.

The 24 year old will appear alongside Jack Kilmer and model Jordan Barrett in the film directed by Eva Doležalová and, while we don't have any major plot details yet, the cast have been posting a few sneaky behind the scenes photos for us all to enjoy:

Safe to say, longtime fans of the Sprouse dynasty were freaking out at the prospect of this comeback to end all comebacks:

"dylan sprouse is back into acting" pic.twitter.com/42JEzHeoHQ

dylan sprouse is acting again !!! did i hear a new cast for...... jellybean jones ?? pic.twitter.com/lYZ5Jdosst

And, of course, Cole marked the occassion with an appropriately silly tweet:

Hey can you return my fucking t-shirts too? pic.twitter.com/un1sdqCHr5