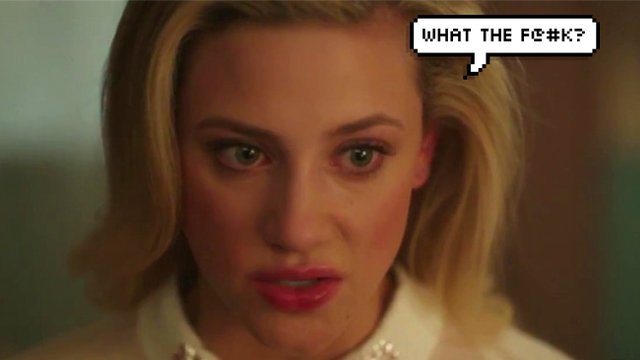 You CANNOT be serious!?!

We're still trying to digest the ten-ton bombs that Riverdale decided to drop on us last week. The season finale was one of the most extra episode of television since the Red Wedding that had us gagging from start to finish.

One of the biggest revelations was that Betty and Polly Cooper's mother, Alice, had a son which she gave up for adoption when she was in high school. It was an emotional scene in which Betty and Alice seemed to overcome some (perhaps not all) of the divisions between them.

The tears rolling down their cheeks had barely dried before the internet went sleuthing for who the son could be. There are many legitimate theories out there but there was one that has really got our knickers in a twist.

On Reddit, there is talk that a VERY FAMILIAR face could join for season 2 should the plot line follow the Coopers finding the son they gave up for adoption. Any guesses?

Yep, people are thinking that Dylan Sprouse, Cole's twin brother, could be making an appearance as Betty's brother. And, honestly, this is the most stupid theory I've ever heard. Let's break it down, shall we?

From what Alice Cooper describes in the scene, she gave birth to her son at a young age and it was somewhat implied (although not beyond doubt) that this was a few years before Polly and Betty came along. Surely casting Dylan who is, obviously, the same age as his brother Cole, wouldn't make sense on screen. It would look a little jarring to say the least.

Secondly, haven't we had enough incest on Riverdale already? Polly has already got pregnant from her cousin twice removed or whatever it is, do we really want Betty's brother to be IDENTICAL to her boyfriend? Does that mean there would have to be another incest storyline? What I'm saying is JUST LEAVE THE INCEST OUT OF THIS OK!?!

That said, given the history of the show so far, the writers clearly have no problem with incest or throwing massive, illogical curveballs so we wouldn't put it past them. Jfc.

Do you want to see Dylan Sprouse on Riverdale? Hit us up with your thoughts on Facebook and Twitter.