People Are Pretty Angry About This Photo Of Emma Watson 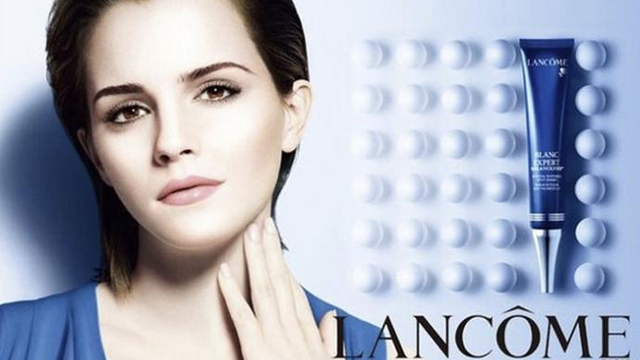 Emma is in a bit of trouble for this one.

Emma Watson has been a pretty outspoken feminist for the last few years. Her #HeforShe initiative aimed to make feminism more inclusive and she's even spoken before the UN council about women's rights. Suffice to say, Emma's feminist credentials were fairly in order.

Well, at least until Journalist Charlie Cuff dug this image up.

Now, it's obvious why this might be a bit problematic.

Gal dem magazine, in what they're calling their #skinlighteningseries, are discussing the social and racial context of skin lightening creams. Skin lightening creams are more of an issue in Asia and India, but brown women all over the world often feel the pressure of marketing aimed at making them "fair and lovely". "Fair" being the universal language of all things good and pure, of course.

In 2011, Lancome, a french skincare brand, made Emma the face of Lancome Blanc Expert lightening cream. Here's the ad she made for them.

When pressed by Refinery 29 for comment, a Lancome spokesperson said this: "This kind of product, proposed by every brand, is an essential part of Asian women's beauty routines."

Okay, sure, but skin lightening culture is also an essential part of the self-hate many young girls with brown skin are subjected to.

Yikes, Emma Watson. As someone who claims her feminism is for all women you're just representing white women atm. https://t.co/bc9ERWONaj

I used to love Emma Watson and now she's an advocate for skin lightening... #peoplechange #skinlighteningseries

This issue is complex. Emma's rep released a statement on the images saying this:

"Many artists often have limited control of how their image is used once an endorsement contract is signed. I cannot comment on my client's previous contractual arrangements with Lancôme. However, my client no longer participates in advertising beauty products, which do not always reflect the diverse beauty of all women.”

Whether you believe that Emma knew what she was endorsing, it is true that many artists sign a contract, agree to be on camera, and have no idea what they're actually selling.

Emma's best bet would have been to get in front of this, release a statement condemning skin bleaching, and apologize for the advertisement. But that's not Emma's style. Whatever Emma did or didn't know, the simple truth remains. She is one of the most recognizable faces in the world, and one of the most influential young female voices. He could make such a difference in the debate about skin bleaching by using her platform to condemn it. She hasn't yet, but here's hoping.

There is obviously a culture of lending your image to different products in Hollywood, but I'm sure next time Emma will think twice before signing to a skin care endorsement deal. 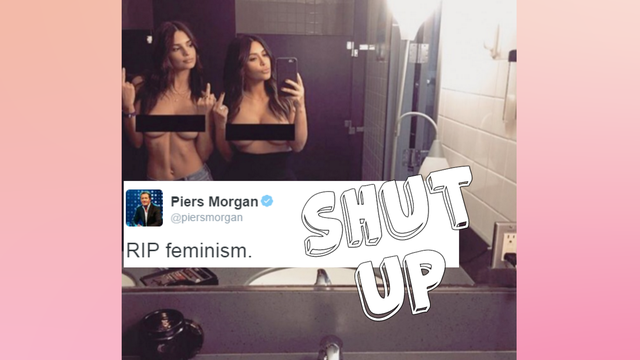 Piers Morgan, Kim's Boobs Understand Feminism More Than You Ever Will