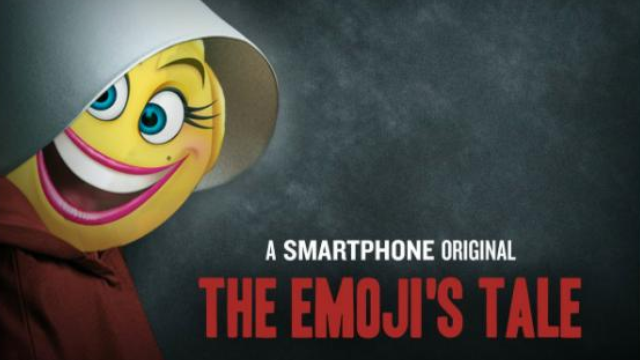 In case you weren't aware, The Emoji Movie is a thing that exists and it's coming to a theatre near you. You might be inclined to allow that event to pass without fanfare, but a stunt from the film's official Twitter account has drawn us in and pissed everyone off. 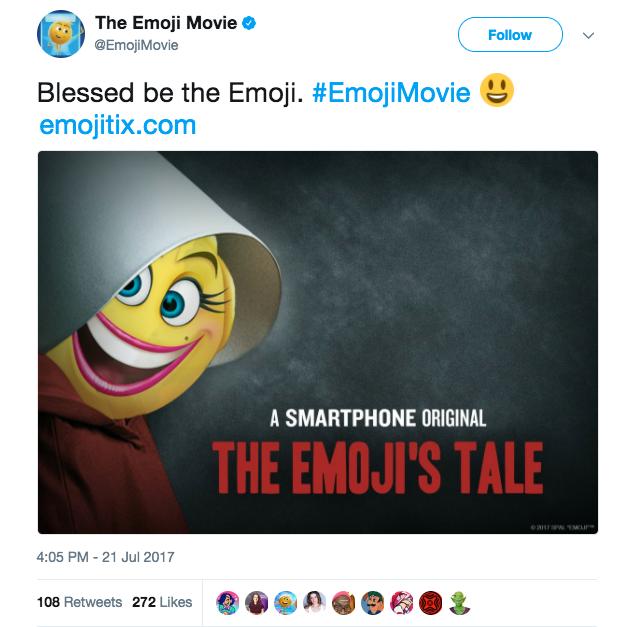 "What am I looking at," you ask? Great question. An intrepid marketing manager has conceptualised The Handmaid's Tale but with emojis. It may be low hanging fruit, but is it offensive? Definitely.

The Handmaid's Tale is a TV show based on a novel by Margarette Atwood. It's been a huge hit this year as a Hulu series, but it carries some pretty dark themes. Rampant and dangerous misogyny, rape, enslaved women, brutality, and extremism are all huge plot points in The Handmaid's Tale. It is truly the furthest thing from The Emoji Movie.

The emoji usage is WILD as well because, again, the show is actually about a dystopian future in which women are enslaved.

The internet saw this and thought the joke was objectively bad and suuuuper offensive.

As a general rule of thumb, if something has oppression and sexual violence as a MAJOR theme, it might be best to steer clear of trying to parody it for a children's film.

The Emoji Movie account has since deleted the tweet and will likely be on the straight and narrow until the film's August premiere.