The Internet Turned This James McAvoy Movie Into Your New Fave Meme...#Etcetera 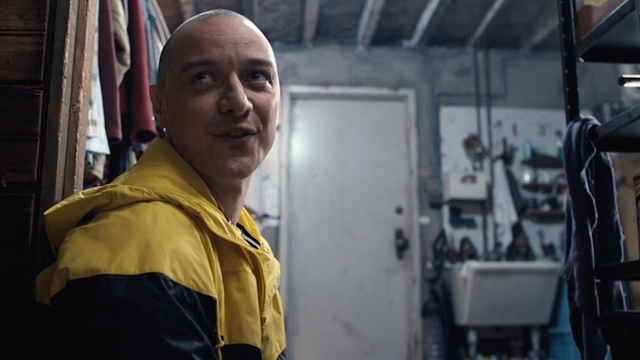 Wondering why James McAvoy keeps staring out from your timelines? Don't worry, we got you covered.

If you've been regularly checking your Facebook/Tumblr/Twitter over the last couple of weeks, you can't have failed to have noticed this very creepy image of a bald James McAvoy staring out at you expectantly... We just got shivers.

But why is he EVERYWHERE right now? Won't somebody explain the meme?

McAvoy's spooky image is taken from the movie Split, in which his character has 23 different multiple personalities, with names ranging from Patricia to The Beast (bit ominous).

But Hedwig, his child like alter ego, is the one that has captured the imagination of the internet, thanks largely to his penchant for misusing the word "etcetera".

Girl: "babe what all do you like about me?"

Director: can you stay a little late today?
Me: oh, no sorry I can't. I have to...uh make my bed, and wash my hair, etcetera pic.twitter.com/xOWppuV6S3

r u trying to lie to me...... etcetera pic.twitter.com/3uHYKwLQNm

It's a very useful phrase tbh.

Although not everyone is impressed...