Everything Sucks! Season 2: Release Date, Cast, Plot, Trailer And Everything You Need To Know 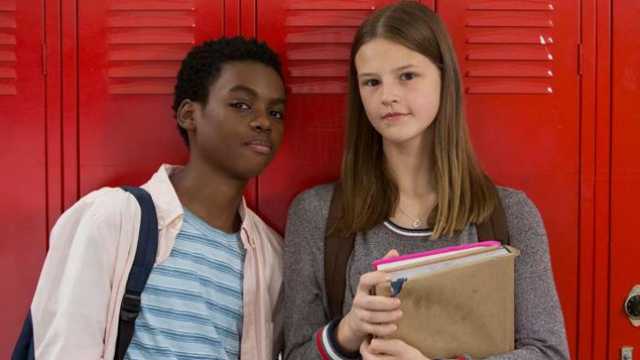 Here's everything we know about "Everything Sucks" season 2; from the Netflix release date to the cast and the trailers.

Everything Sucks has arrived on Netflix and if you're not already obsessed with it, then you should be! The show, which has been described as "Stranger Things but set in the '90s without the supernatural stuff" dropped on Netflix on Friday 16th and everyone is losing their minds over it.

From the battle between the AV Club nerds and the Drama Club performers to the heartwarming relationships (Kate and Emaline!) and friendships between certain characters on the show, Everything Sucks has been getting some pretty solid reviews. In fact, the ending of season one has left us wanting so much more!

So that leads us to one very important question: Will there be a season two? Here's everything you need to know about the possible second season of Everything Sucks:

Has Everything Sucks been renewed by Netflix for Season 2?

Netflix has not announced whether or not there will be a second season of Everything Sucks yet. The reviews so far have been fairly mixed; some are praising the show while others are calling it out for living up to its name (...rude!). The response from fans on Twitter, however, has been overwhelmingly positive, which always bodes well. As long as people watch it, it's more likely to get renewed.

When will Everything Sucks season 2 be released on Netflix?

Providing it gets renewed by Netflix, it will probably drop around the same time as season one did. So we could be looking at February 2019.

How many episodes in Everything Sucks season 2 will there be?

Like the first season, there will probably be 10 episodes.

Which characters will return for Everything Sucks season 2?

You can probably expect every cast member to return for the the second season. The cast list includes:

Elijah Stevenson returning as drama club King, Oliver, is probably less likely to happen in a regular capacity because his character left for New York City toward the end of season one. Zachary Ray Sherman, who plays Luke's dad will probably make a few more appearances in the second season seeing as he's back in the fold.

What will happen in Everything Sucks Season 2?

The end of season one left a lot of storylines open for a possible second season. Firstly, we need to know what's going to happen after Kate and Emaline's kiss. Will they start dating? Will Kate ever find a moment come out to her dad without being interrupted? Will Emaline come out? Will they make their relationship public And of course, after McQuaid caught them having a smooch in the auditorium, how will he react seeing as he thought Emaline was into him after their kiss in the film?

The last scene of season one showed Luke's estranged father rolling back into town on his motorbike from LA and pulling up at his and his mother's house... while he's inside playing happy families with Sherry, Ken Messner and Kate. I'm not ready for Ken's heart to break again... I just can't do it.

We also need to find out what happened to Oliver after he ran off to New York City to be an actor and whether or not Leslie and "the new Oliver" Tyler are ever gonna get together.

Is there a trailer for Everything Sucks season 2?