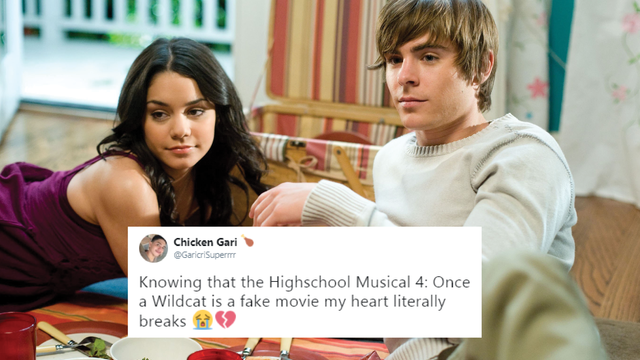 The institution of High School Musical will always hold a special place in our hearts. Troy, Gabriella, and the rest of the gang could always be counted on for some tight choreo and an introspective bop.

When the trilogy wrapped in 2008, we thought were going to be okay. Nearly a decade later, we've caught the feels after watching a fan made "HSM4" trailer that re-imagines the gang all grown up.

Would this be a good movie?
Once a Wildcat: A High School Musical Story (2018) Teaser Trailer pic.twitter.com/V0mPi50gN7

Troy, Gabriella, Sharpay, and Ryan all look the same but are now dealing with the pressures of being 20-somethings and out of high school.

The video is a super cut of some different projects that the cast has appeared in since breaking free from the Disney Channel. "Once A Wildcat" looks like it would be cute as hell, but we're not holding our breaths for a reunion anytime soon. After spreading their wings in the big leagues, returning to do a PG musical on the Disney Channel will probably involve a cheque with a lot of zeros.

That hasn't stopped the internet from majorly stanning for the "trailer". 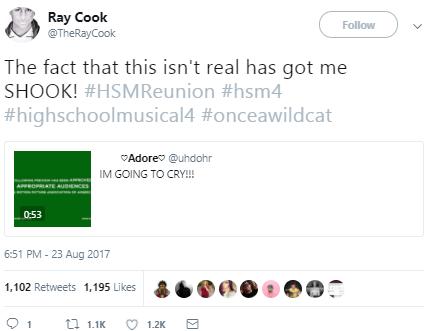 Oh, Disney Gods hear our plea. If there's any chance of a 4th instalment of HSM along the lines of "Once A Wildcat", LET'S MAKE THIS THING HAPPEN.