This 'Fast & Furious' Star May Quit Unless Women Get Better Parts 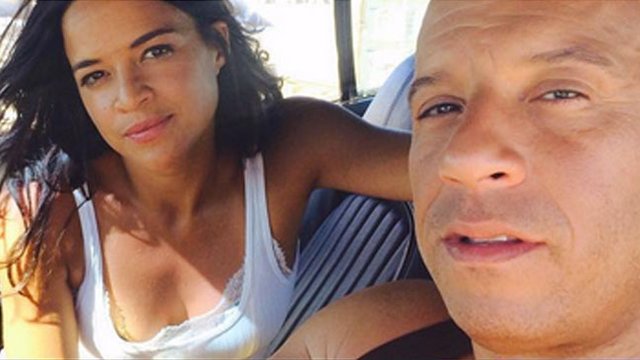 Michelle Rodriguez posted a powerful message on her Instagram as she threatens to leave the long running movie franchise.

Fast & Furious star Michelle Rodriguez has criticised the franchise over its lack of female representation on screen, even going so far as threatening to leave the series unless things change.

Michelle posted about the home release of the most recent eighth Fast & Furious movie on her Instagram before commenting that the films need to show more 'love to the women' if they expect her to continue to be a part of them:

F8 is out digitally today, I hope they decide to show some love to the women of the franchise on the next one. Or I just might have to say goodbye to a loved franchise. It's been a good ride & Im grateful for the opportunity the fans & studio have provided over the years... One Love

Michelle's character Letty has been an important part of the franchise for years now but it is fair to say that she has become somewhat sidelined in more recent pics as the likes of new recruits The Rock and Jason Statham take the majority of screen time alongside Vin Diesel. The eighth movie did feature Charlize Theron as the central villain although even she was largely overlooked when it came to the major action set pieces.

Fast and Furious 8 had the highest grossing opening weekend box office of all time with a ninth movie planned for release in 2019. Let's hope Michelle is given more to work with next time around - it would be a great shame to see her go.