11 Rare Funko Pop Dolls That You Never Even Knew Existed 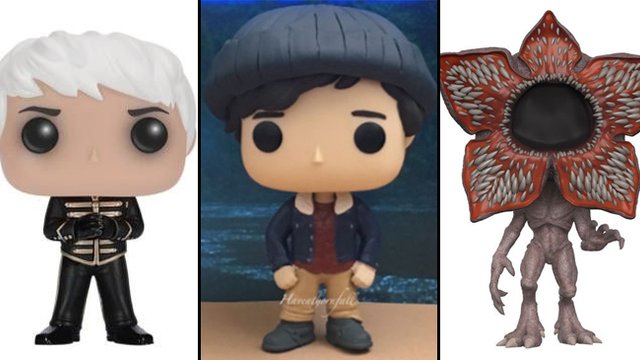 From Matty Healy as a clown to Bert Macklin, FBI, here are the most uber specific Funko Pops you can grab for your own shelf right now.

But did you know there are LOADS of incredibly specific varieties available, covering all our fave bands and TV characters? Well now you do, so lets pick out a few faves shall we?

This homemade fan effort lets you grab your very own Jughead to keep by your side at all times. Available for £40 over at Etsy store HavenThornCustoms (while stocks last). Ok, so most of the Etsy options for this one have sadly sold out. BUT, according to the Funko Pop website, these are still in development for an official release. Fingers crossed it's coming sooner rather than later.

Coming this July, all of Pawnee's finest will be getting the Funko Pop treatment. And, in a Hot Topic exclusive, you can even get your hands on the FBI's top man Mr Bert Macklin. Wanna terrify yourself in the middle of the night? Get your hands on this actual demogorgon then. You can even close the head in yourself for that extra scary effect. One of the more famous items on the list, Gerard is also available in Three Cheers... and Danger Days garbs so you can pick your era to match your mood. Several Groot options available here for all shapes and sizes but, come on, you know you want the dancing in a plantpot version. Who wouldn't? This PERFECT design by jaztheripper on Deviant Art really should end up as official tour merch next time round shouldn't it? Come through Melanie! Perfect for Halloween. Or Christmas. Or any time of year really.

Yep, even Shondaland is not immune to the charm of the Funko. Head to Ebay and grab these customs via Imagination Therapy. Although I doubt they'll be able to keep up with the ever-changing cast...

God bless you Rohan Customs - you saw the 'Change Of Heart' video and knew what needed to be done. Now, can we have a slicked back 'Somebody Else' one too please?