Remember The Girl From "The Ring"? Here's What She Looks Like Now... 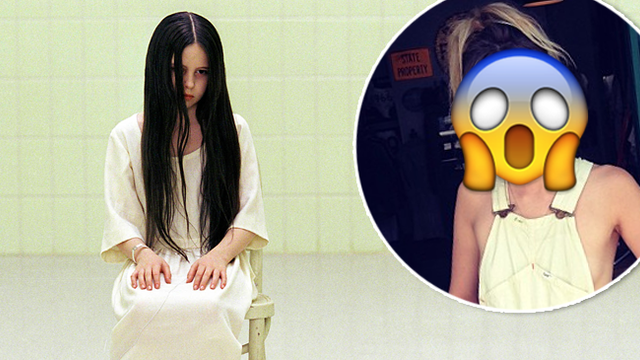 It's been 15 years since The Ring was unleashed into cinemas and it's still, to this day, giving us nightmares. Not a day goes by where we don't panic if our TV breaks, or if the phone starts ringing after we've binge-watched an entire season of American Horror Story. That movie has literally ~ruined~ us. And it was all thanks to that creepy little girl ghost, Samara.

Well, Hello Giggles have sleuthed on the actress that played Samara in the 2002 horror movie and you'll be pleased to know that she's no looks like the terrifying child she portrayed in the film. (Obviously... lol)

Samara was played by Daveigh Chase who was just 12 when she starred in the movie. Here she is in action.

Blonde and totally not scary.

Just like any other normal LA dwelling twenty-something. Not a thread of long black hair in sight.

Her other credits include Donnie Darko as well as the voices of both Chihiro from Spirited Away and Lilo from Lilo and Stitch. Since 2002, she's starred in A LOT of horror movies (natch) and here's the bad news... she'll be returning to The Ring reboot as Samara when Rings hits cinemas later this year.