Everyone Hates The Main Character In "Girlboss" And Honestly, Same… 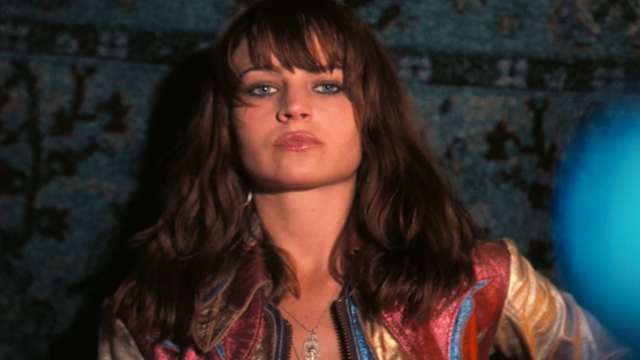 If you’ve been scouring Netflix for something new to watch the past week in the aftermath of 13 Reasons Why, you may have stumbled across one of their brand new TV series, Girlboss.

Girlboss? YAS! Sounds like a story about a kick-ass female entrepreneur who manages to make it big on the career ladder against all odds. A feminist’s dream. A real rags to riches story. Empowering. Inspiring. Weeeeeeell, not quite. And everyone has been calling it out.

The show is based on the life - and subsequent ‘femtrepeneur’ memoir - of Sophia Amoruso, the founder and owner of online fashion brand Nasty Gal. The portrayal of Sophia in the show is an exaggeration of her IRL story and persona.

In the show, Sophia Marlowe (standard change of name for the purpose of this on screen endeavour) starts off as a girl just trying to make a buck on eBay by selling clothes she finds in vintage stores and she’s actually alright. When she manages to sell her first jacket for a massive profit, you find yourself cheering for her. But as the show goes on, you actually low-key start caring less and less about her success and start worrying more and more about who she’s taking down to make it to the top.

In short, Sophia is kind of a massive dick. She dumps on EVERRRYYOOONEEEE. Her best friend. Her “un-official” boyfriend. Her online competitors. She steals. She’s completely self-obsessed and even the character herself admits in one of the later episodes that she’s a “garbage person.”

And to be honest, half the internet else thinks so too.

I hate this Sophia in Girl Boss.

still rooting for sophia to fail. selfish, ungrateful, privileged white girl. on ep 10 and i still hate her. #GirlBoss

Not *everyone* hates her of course, but apparently, according to Britt Robertson who plays Sophia, we’re actually MEANT to feel that way about her.

When asked about the backlash against her character, Robertson told Bustle: “I think that's sort of the point to the show, to be honest with you because she is [unlikable], it's a part of what the story is. She can't make her way in life because nobody understands her story or gets who she is. She's not a traditional female heroine. But, you know, I think it's all fair. You can feel however you want to feel about the character."

But for real, if you came to Girlboss looking for something to empower and inspire, you *might* need to log out and turn around. Sorry about it.