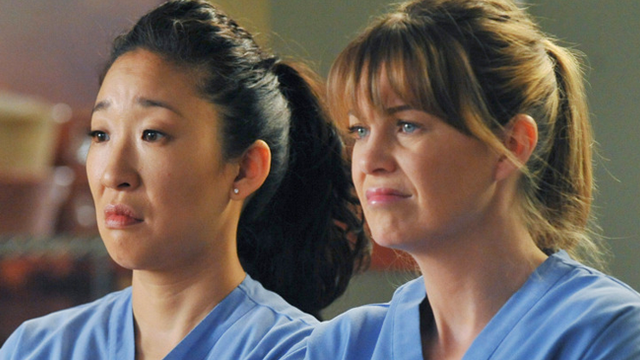 Oh, and it's not about doctors either.

Someone call a code blue, get the crash cart and page Neuro because it's just been announced that Grey's Anatomy is getting another spin-off and everyone is freaking out.

What could it be? Is it a brand new series chronicling the successes of Cristina Yang who is currently out in Switzerland saving lives and printing 3D hearts? Will we be spinning off into a gritty prequel where Owen and Teddy attempt to save the lives of injured soldiers in the Army? Are we finally getting that Plastics Posse spin off where McSteamy (who comes back to life) and Jackson change lives with their surgical skills? Nope. None of them.

The new Grey's Anatomy spin off is about... Firefighters, not doctors.

Ah man, there was so much potential for another medical themed spin off but whatever Shonda throws at us, we will graciously accept. Although, Shonda + Fire = RIP-All-Your-Favourite-Characters so we're kind of shook atm.

The show doesn't have a name yet but it will focus on the lives of "heroic firefighters" in Seattle and it'll follow the stories - both on the clock and off - of the captain down to the newest recruit (hello firefighting interns!) The characters are set to be introduced in the next season of Grey's (that's season 14 if you've lost count) which is a nice and timely coincidence considering Grey Sloan Memorial Hospital is currently en actual fuego.

It's not yet known when the firefighting drama will start or how many episodes there'll be but we'll place our bets that it'll kick off toward the end of 2018. See you then - and bring a defibrillator with you.